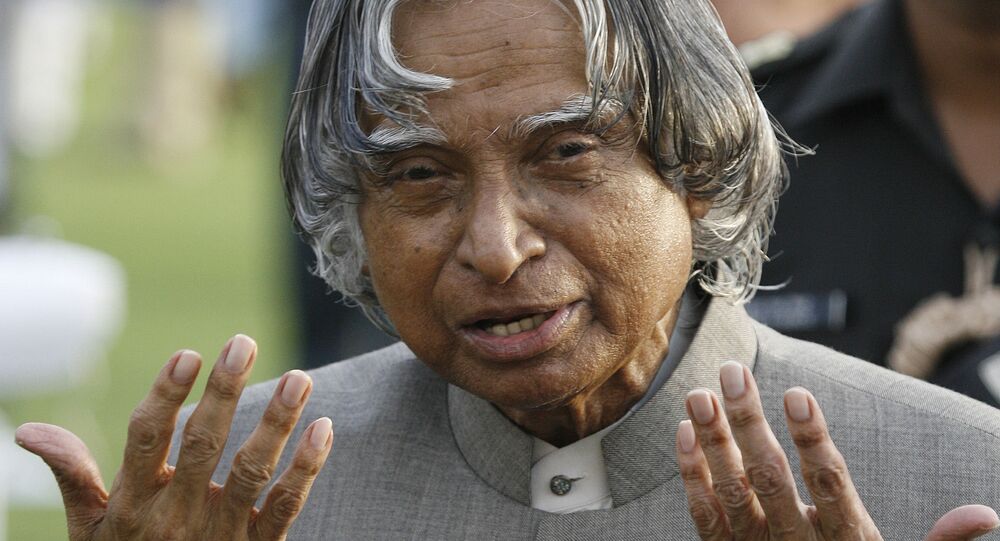 Kalam fainted during a lecture at the Indian Institute of Management in Shillong, the capital of the northeastern state of Meghalaya. The former president was hospitalized in a private clinic in the city.

Physicist and a specialist in aerospace engineering, Abdul Kalam served as India’s president for five years from 2002 to 2007 and contributed to the development of missiles and India's nuclear program.