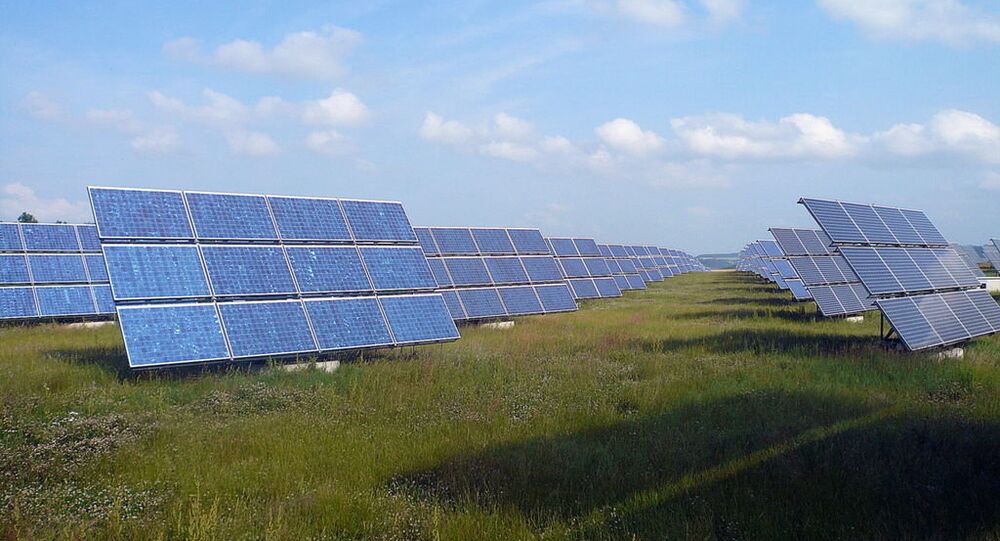 According to a new report from Deutsche Bank, India is very serious about shifting towards renewable energy. It would help the country solve the problem of its energy deficit, balance the supply-demand equation and contribute beneficially to India's need to reduce carbon emissions. The fall of renewable energy prices, compared to ever-increasing coal prices, also figures heavily into New Delhi's reasoning.

© AFP 2020 / GREG WOOD
Survey Says Australians Prefer Solar Power
Some say India's ambitious hopes to deliver on its goal of 100GW of solar and 175GW of renewable energy by 2022 are a bit unrealistic, but even Deutsche's own expectations of 35GW of solar by 2020 predict an 8% drop in the volume of coal burned for power generation.

This will inevitably affect India's imports of coal, reducing it by something along the lines of one-third from current figures, which is about 70 million tons. This would free up around $17 billion a year for India, but could have disastrous consequences for Australia, which has been India's largest coal export partner, and Prime Minister Tony Abbott's hopes of expanding the country's thermal coal export industry.

According to the Deutsche Bank forecast, investment in solar alone will leave behind that in coal generation by 2019; while solar may appear more expensive than coal in terms of up front costs, the lack of fuel costs over the life cycle make it highly competitive.

"Looking at the tariffs discovered in recent bids for solar and coal, the parity is almost there for buyers," Deutsche Bank noted. "Importantly, with increase in coal prices, solar could look cheaper in next few years."

The forecast also notes that, even if the target of 100GW of solar power is achieved by 2022, that would still only amount to a small fraction (just 15 percent) of solar's potential in India.