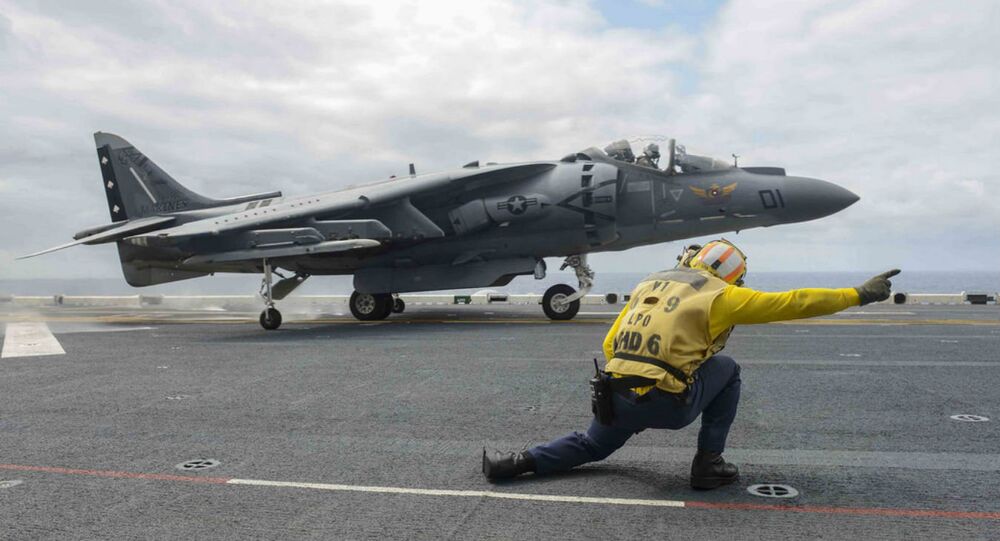 Amid ongoing tensions over Beijing’s construction of artificial islands in the South China Sea, the new US commander of the Pacific Fleet has reassured allies that Washington is prepared to act against an alleged Chinese threat.

Despite the fact that the United States lies over 8,000 miles away from the waters of the South China Sea, the US Navy currently has four coastal combat ships operating in the contested waterway. Over the past few months, Washington has also increased military exercises with a number of Pacific allies, including Japan, Australia, and the Philippines.

According to Adm. Scott Swift, commander of the US Pacific Fleet, the Navy is “very interested” in increasing both drills and America’s presence in the region, largely in response to perceived threat from China. 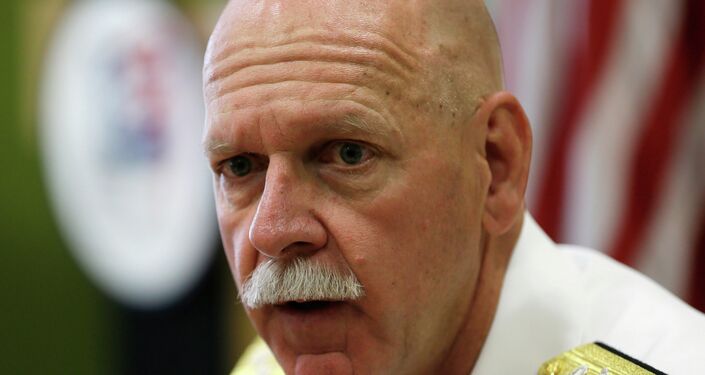 "The reason that people continue to ask about the long-term commitment and intentions of the Pacific Fleet is reflective really of all the uncertainty that has generated in the theatre now," Swift told journalists in Manila on Friday, according to the Associated Press.

"If we had the entire United States Navy here in the region, I think people would still be asking, 'Can you bring more?'"

Yet, even without a military buildup in the region, Admiral Swift remains confident that the US is prepared to meet any conflict that should arise.

"[I am] very satisfied with the resources that I have available to me as the Pacific Fleet commander," Swift said, adding "we are ready and prepared to respond to any contingency that the president may suggest would be necessary."

A highly contested waterway, nearly $5 trillion in trade passes through the South China Sea each year. While China lays claim to most of the sea, there are overlapping claims by Malaysia, Brunei, Indonesia, the Philippines, Singapore, Vietnam, and Taiwan.

Beijing’s construction of artificial islands in the Spratly archipelago has left the US and many of its allies concerned, even though China has repeatedly stated that the islands will largely serve humanitarian purposes, and any military installations are only there for defensive purposes.

In the last few months, Washington has conducted a number of military exercises with regional allies, moves seen as provocative by the Chinese government. Earlier this month, the US began joint naval exercises with Singapore close to the South China Sea.

Only one week prior, the US also engaged in war games with Japan and Australia in the Northern Territory and Queensland.

Despite these demonstrations of military might, Swift reiterated that "the United States has been very clear that it does not support the use of coercion and force."

On Thursday, Navy spokesman Lt. Tim Hawkins addressed rumors about a possible reduced presence in the Middle East, where US aircraft carriers play a role in combatting the self-proclaimed Islamic State terrorist group. While the Navy expects the “global presence of aircraft carriers to increase,” that will still come at the expense of certain regions, according to Military.com.

On Friday, Swift stressed that any number of the upcoming 52 high-tech combat ships could be deployed to the South China Sea, suggesting that the Pentagon views China as a greater threat than the Islamic State.