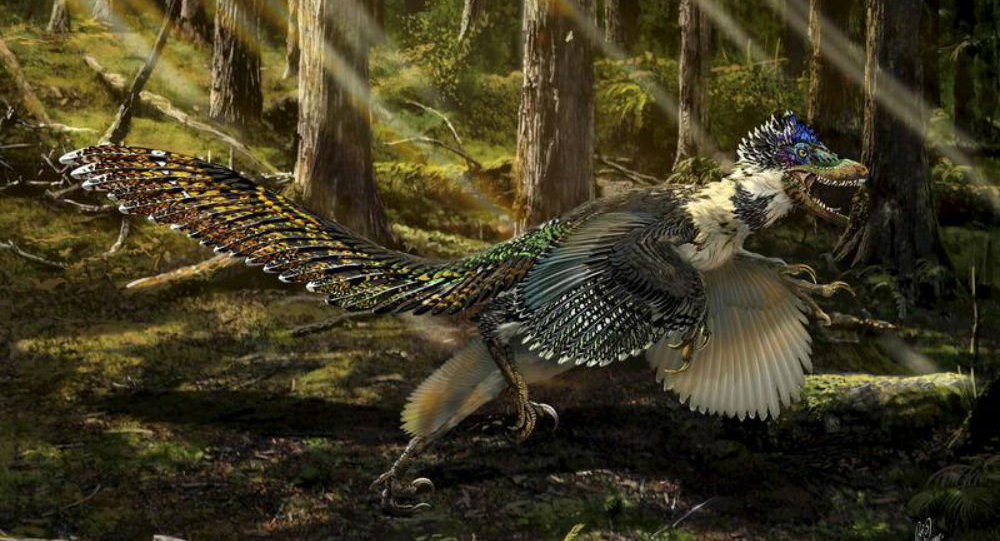 Scientists in China have discovered a well-preserved, nearly complete fossil of the largest-known dinosaur with wings, a 6-foot-long creature dubbed the "fluffy feathered poodle from hell."

Researchers said much of the fast-running carnivore's body was covered with feathers. The dinosaur, named Zhenyuanlong suni, lived about 125 million years ago during the Cretaceous Period.

"Zhenyuanlong was a dinosaur that really looked like a bird," paleontologist Steve Brusatte was quoted as saying by Reuters. "You wouldn't think of it differently than a turkey or an emu or a big chicken."

Because of its mouth full of sharp teeth and its overall strangeness, Brusatte described the creature as a "fluffy feathered poodle from hell,” Reuters reported.

Although the dinosaur has feathered wings like those of a bird, researchers doubt the odd creature could fly because its arms are so short in proportion to its body.

More likely, Brusatte said, Zhenyuanlong used its wings for display the way a peacock uses its tail feathers to attract mates and intimidate rivals, Reuters reported. Another possibility is using the wings to brood eggs in the nest, Brusatte said. 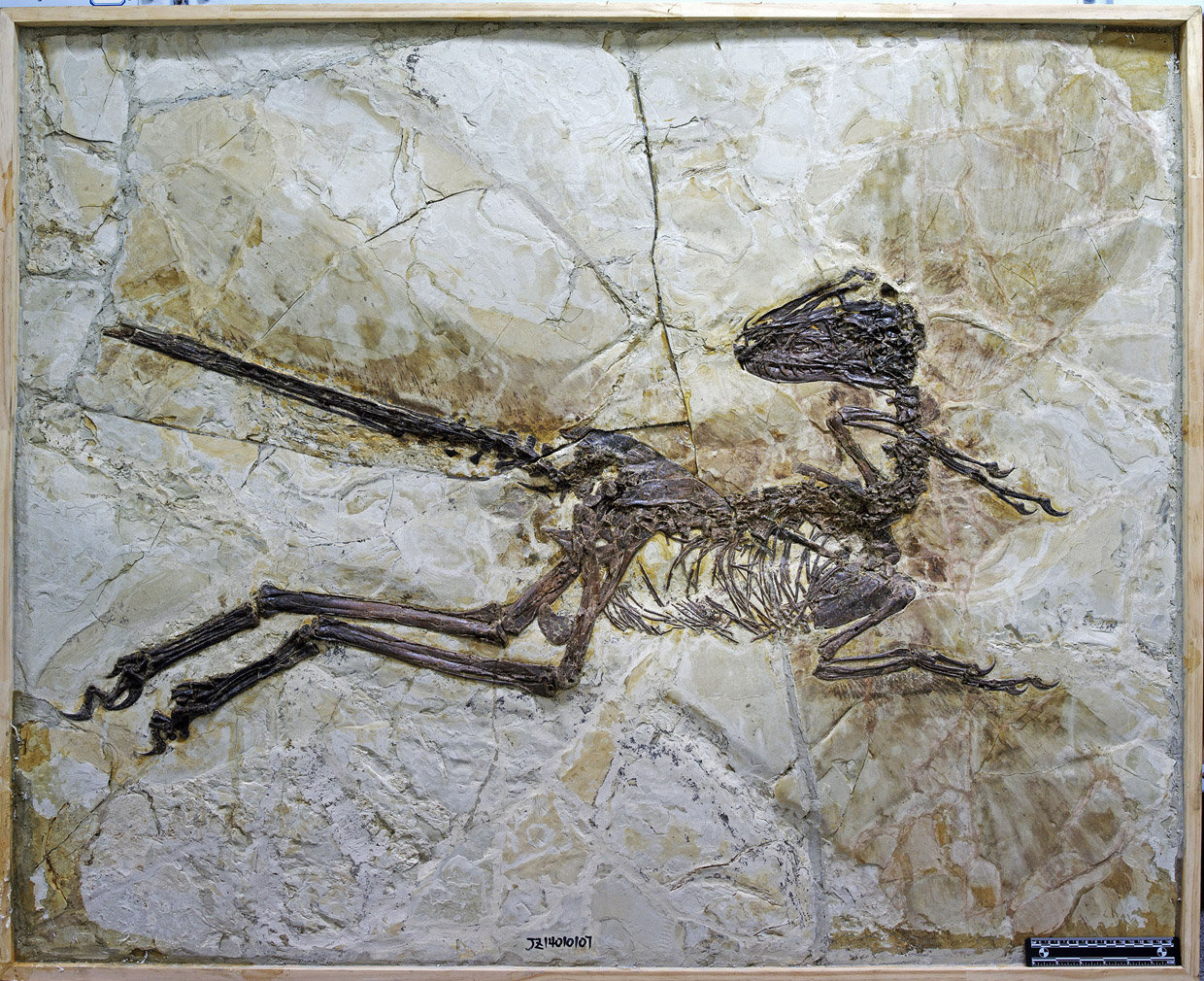 © AP Photo / Steve Brusatte/University of Edinburgh
This image shows the fossil of a new species of dinosaur named Zhenyuanlong suni.

Finding a dinosaur such as Zhenyuanlong makes researchers ask why wings evolved in the first place.

"Did they evolve specifically for flight? In that case, Zhenyuanlong perhaps descended from a flying ancestor and that's why it still has wings," Brusatte said.

"Or, alternatively, did wings first evolve for display or egg brooding or some other type of function, and then only in some dinosaurs were they later co-opted into airfoils for gliding and flying?"

Relative of Triceratops Named After Dinosaur Hunter Who Discovered It

Nearly Half of Americans Believe Dinosaurs and Humans Co-Existed