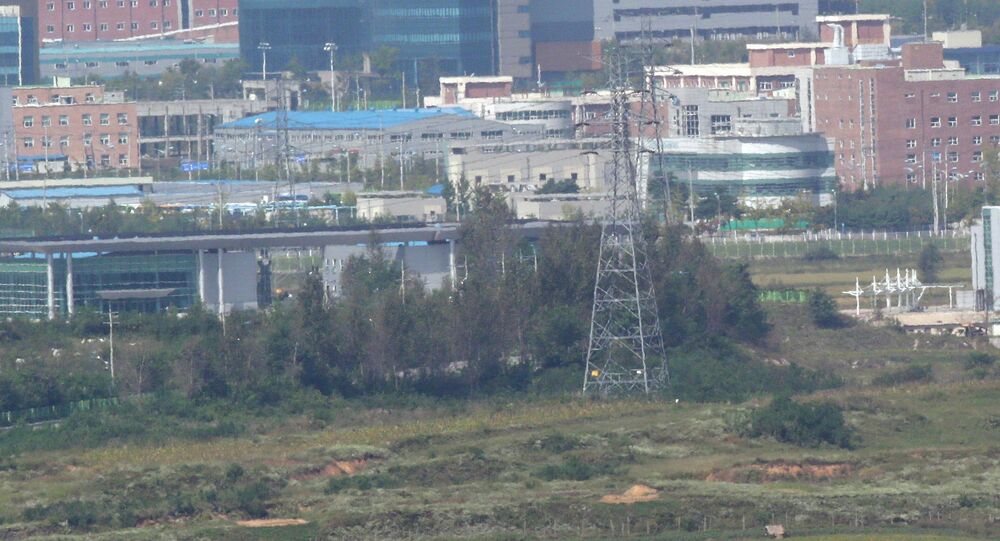 The meeting could help improve relations between the countries, a senior North Korean official said.

© AP Photo / Lee Jin-man
S Korea Willing to Improve Ties With N Korea Despite Nuclear Program
TOKYO (Sputnik) — Representatives of Seoul and Pyongyang launched negotiations on a minimum wage for North Korean workers at the joint industrial complex Kaesong on Thursday, resuming talks on the zone after a one-year pause, an official from the North said.

Kaesong is a special economic zone established in 2004 on the North Korean territory, to the north of the demilitarized zone separating the two Koreas. It is jointly run by Seoul and Pyongyang.

Seoul claims that a unilateral February decision by Pyongyang to increase employee salaries by 5.18 percent violates an agreement between the two nations stipulating that Kaesong wage changes must be approved by both parties.

"I think this meeting could become an opportunity to provide good results for the businessmen who hope for vitalization of the industrial area as well as all the Koreans wanting the development of North-South relations," North Korean Chief Delegate Pak Chol Su said, as quoted by Yonhap news agency.

© AP Photo / Lee Jin-man
South Korea Hopes for Greater 'Pressure' on North After US Summit
The Democratic People's Republic of Korea (North) and the Republic of Korea (South) reached an agreement on the resumption of the inter-Korean industrial complex in August 2013, establishing a joint committee to coordinate work in the Kaesong industrial zone.

Some 55,000 North Korean employees and 120 South Korean companies are currently working in Kaesong, producing clothes, shoes, watches, and other goods.

The two countries have been in a state of war since 1953, as Korean War hostilities were called off with a ceasefire, and no peace treaty has been signed.