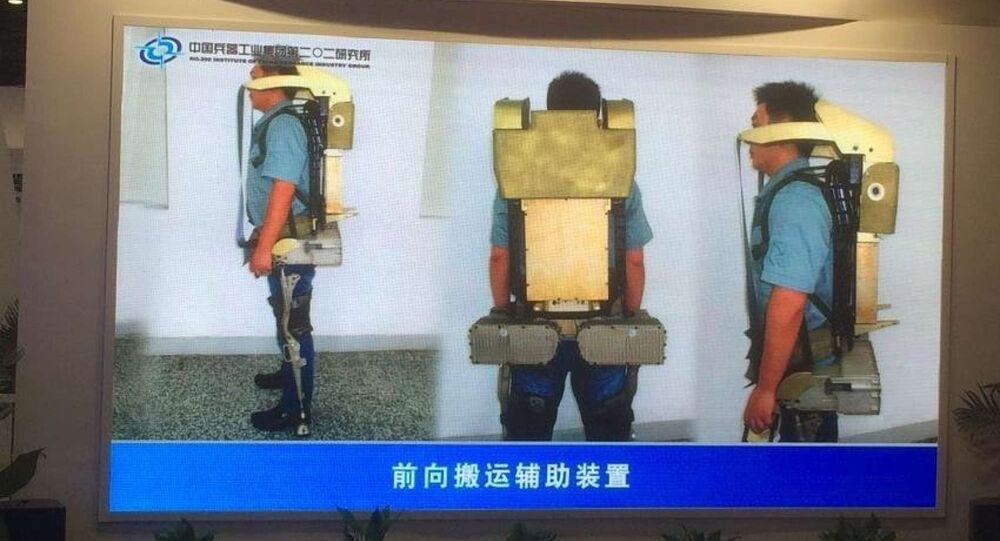 Chinese manufacturers are optimistic that they can upgrade battlefield exoskeletons quickly enough to bring the futuristic equipment to soldiers on the front lines of real-world conflicts in the not-so-distant future.

Right now, exoskeletons are generally intended for logistical and engineering purposes, due to their short range and battery life which only lets it operate for a span of hours. But in China, manufacturers think exoskeletons could be suitable for infantry in challenging environments like mountainous terrain.

© Photo : YouTube
Watch the Evolution of US Army Uniform Over 240 Years

The 202 Institute of China Ordnance Industry Group debuted its exoskeleton at the November 2014 Zhuhai Airshow.

The exoskeleton can allow the user to carry more than 100 pounds, and holds enough charge to walk 20 kilometers (about 12.5 miles) at a speed of 4.5 kilometers per hour, according to Popular Science. Other photos showed that the exoskeleton was flexible enough to allow lateral ground movement – in other words, crawling in the mud.

Outfitted with an exoskeleton, the average soldier could carry more ammunition, food, and batteries, while still being able to carry a heavy machine gun.