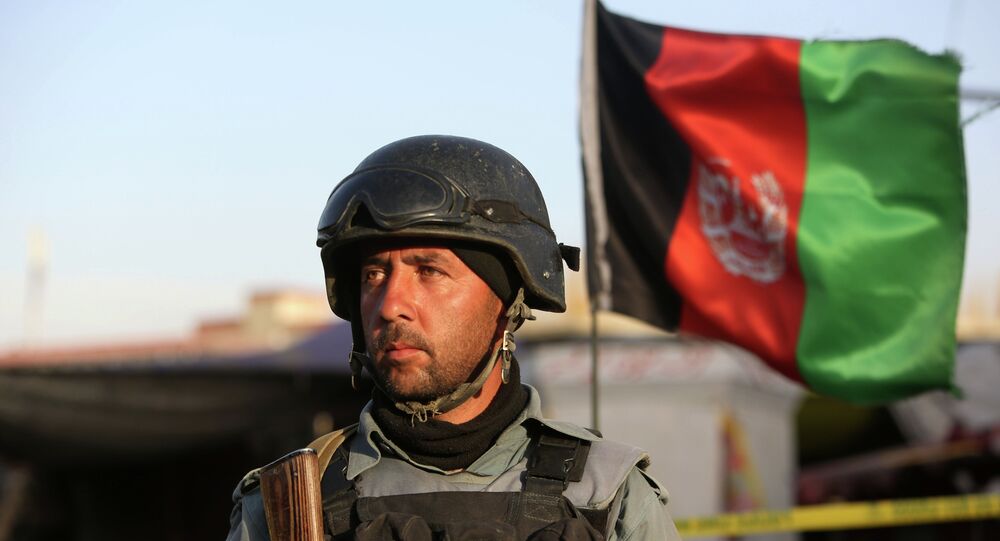 The negotiating sides decided to continue reconciliation talks after the end of Ramadan.

MOSCOW (Sputnik) — Afghan officials and representatives of the Taliban movement have agreed to resume peace talks after the Muslim holy month of Ramadan, which ends this year on July 16, Pakistan's Foreign Ministry said in a statement Wednesday.

On Tuesday, Pakistan hosted a meeting between an Afghan government delegation and Taliban representatives in a bid to start the warring sides on the road to peace.

© AFP 2021 / Noorullah Shirzada
US Names Taliban Leader ‘Specially Designated Global Terrorist’
"The participants agreed to continue talks to create an environment conducive for peace and reconciliation process. The next meeting will be held at mutually convenient date after Ramazan [Ramadan]," the statement reads.

According to the ministry, the sides expressed their "collective desire to bring peace to Afghanistan and the region" at the talks and "recognized the need to develop confidence building measures to engender trust" among all parties.

Chinese and US representatives also took part in the meeting, the ministry said.

Afghanistan has been plagued by a Taliban insurgency since the early 1990s. The militant movement has become notorious for staging attacks against civilian and state targets in Afghanistan and Pakistan, seeking to establish austere Sharia law on the territory under their control.