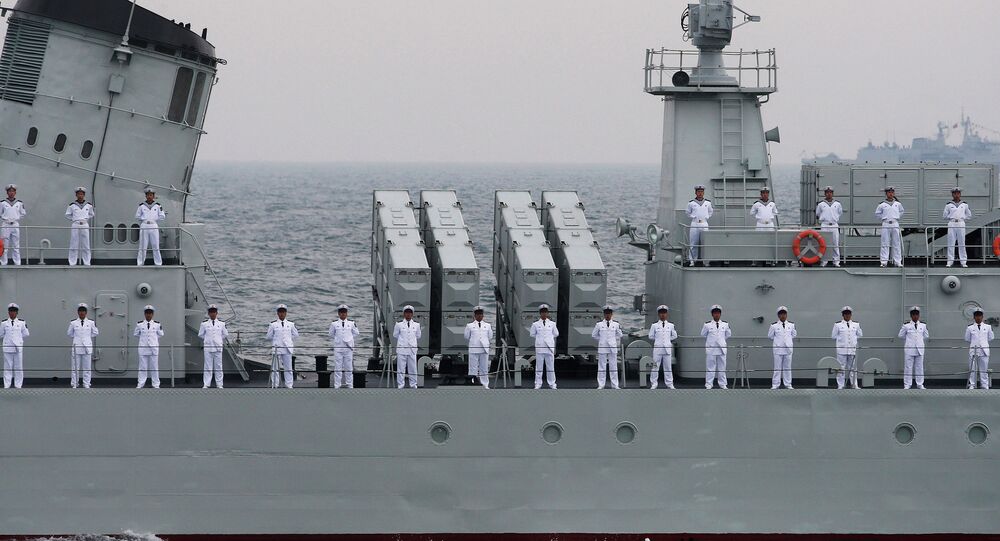 Beijing has expressed its annoyance over the US Defense Department's new National Military Strategy, saying that it "groundlessly exaggerates" China's threat and demonstrates that the US is stuck in a "Cold War mentality."

© CC BY 2.0 / Expert Infantry / Best Army Photos 2
Russia vs China: US Can Afford Only One to Top Its Terror Roll
On Wednesday, the Pentagon released its National Military Strategy, a policy document outlining the strategic aims of the US's armed services. On Thursday, Russian Presidential Press Secretary Dmitri Peskov stated that the Kremlin "regrets" the hostile language used in relation to Russia in the report, saying that it "suggests a confrontational attitude devoid of any objectivity in regard to our country."

On Friday, Foreign Ministry spokeswoman Hua Chunying offered China's official response to the new document, stating that Beijing is "dissatisfied with and opposed to some contents," and adding that the strategy "groundlessly and irrationally exaggerates the China threat."

In its commentary on China, the National Military Strategy document warned that "China's actions are adding tension to the Asia-Pacific region," suggesting that Beijing is engaged in "aggressive land reclamation efforts" in the South China Sea "which will allow it to position military forces astride vital international sea lanes."

Hua responded by noting that China has "already clearly explained our stance on the issue of construction of islands and reefs in the South China Sea several times," adding that China's actions are "lawful, justified, and reasonable." The spokeswoman suggested that the US should "throw away its Cold War mentality, and take an unbiased perspective of China's strategic intention."

Hua emphasized that Beijing "is devoted to a path of peaceful development and a national defense policy which is defensive in nature," stating that "the growth of China's national defense capacity is justified, and poses no threat to other countries," She also suggested that Beijing and Washington work out a "new model" of major country relations based on "non-confrontation, non-conflict, mutual respect and win-win cooperation."

© REUTERS
China Nearly Finished With Airstrip on 'Wall of Sand' Island in South China Sea
Over the past several months, Washington has intensely criticized China's island-building projects in the South China Sea, despite Beijing's repeated statements that it has the right to build within what it calls its own territorial waters. At the same time, the US has remained silent about its regional allies' own land reclamation ventures in the highly contested body of water. The US has also stepped up naval patrols and military exercises in the area, encouraging its allies to counter what it fears is growing Chinese influence in the region.
...
Reddit
Google+
Blogger
Pinterest
StumbleUpon
Telegram
WhatsApp
326