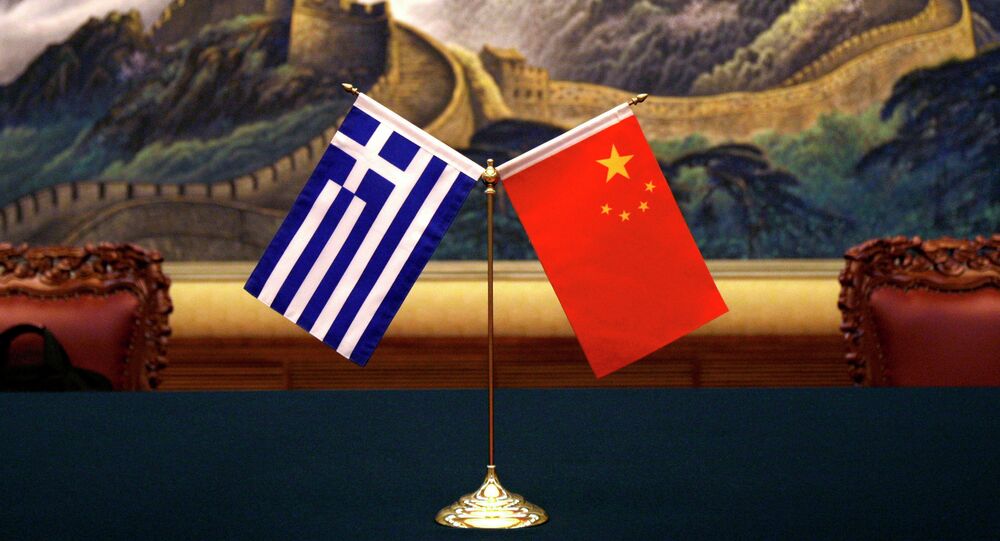 China may help Greece through EU instruments or directly, a member of the Chinese Academy of Social Sciences, affiliated with China's State Council, told Sputnik.

Investment bank Goldman Sachs predicted in a report published on Wednesday that in a worst-case scenaria China's exports would decline 2.2 percent as a result of Greece's economic crisis. Other than exports to Greece itself, the crisis could also hurt the economies of nearby countries, where Chinese businessmen have also made considerable investments.

"The Greek crisis has an undoubtedly seriously influence on China's trade with Greece and investment into the country. But I think that European countries together with China can help Greece overcome the problems that arose," Fan Mingtao said.

© AFP 2020
China Wants Greece to Remain Eurozone Member, Ready to Help Athens
Fan added that the crisis is not likely to be an overbearing problem in the long term, although China will suffer losses in trade with Greece as a result.

"I believe there are two ways to give Greece Chinese aid. First, within the framework of the international aid through EU countries. Second, China could aid Greece directly. Especially considering the Silk Road Economic Belt and the Asian Infrastructure Investment Bank. China has this ability," Fan added.

According to Fang, China has the financial ability to aid Greece if needed, because of its existing Silk Road Economic Belt project and the Asian Infrastructure Investment Bank.

Greece Default to Have Marginal Impact on Russia – Finance Minister