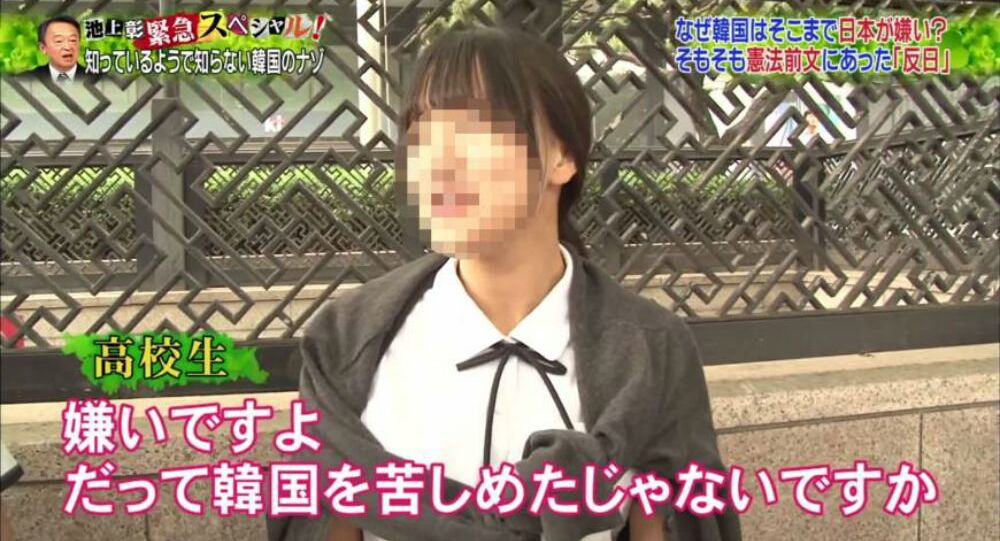 A Japanese television station apologized Monday for displaying subtitles during a program earlier this month which misrepresented South Koreans interviewed on the street as saying they "hate" Japan.

Fuji TV apologized after criticism spread online over the weekend, with people accusing the broadcaster of trying to drum up anti-Korea sentiment among the Japanese public.

The network denied those allegations to the Japan Times on Monday. Fuji TV blamed the erroneous subtitles on human error during the editing process and said it meant no harm.

The show, "Akira Ikegami Kinkyu Special" (Urgent Special), aired on June 5, a few weeks ahead of the 50th anniversary of the normalization of diplomatic ties between Japan and South Korea.

The program featured a segment about "why Koreans hate the Japanese so much." Among people interviewed on the streets of Seoul was a high school girl, who, according to the subtitles, said "I hate Japan because it tormented Korea," the Japan Times reported.

However, the girl can be heard saying in Korean: "(South Korea) has a rich culture. I think that’s why many foreigners visit us."

Another interviewee was misrepresented by the subtitles as expressing "hatred" for Japan, when in fact he was only criticizing what he called Japan’s lack of remorse for its wartime atrocities, the Japan Times reported.

Fuji TV claimed that while both of them said they disliked Japan during their respective interviews, the network accidentally ran clips that did not contain that message.

"We aired these inaccurate clips because of a mix-up during the editing process as well as our failure to check the final footage sufficiently," the broadcaster said.

An online petition started Saturday on Change.org to demand a public apology from Fuji TV had more than 2,000 signatures by mid-afternoon Monday. The petition blasted the subtitles as an "intolerable" fabrication that undermines public trust in journalism.