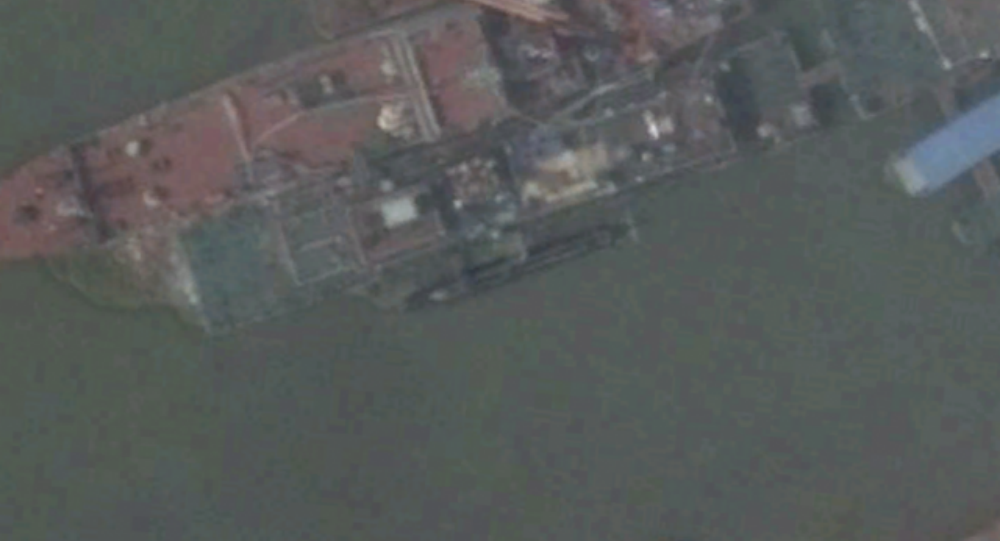 Satellite imagery from October 2014 shows what appears to be a new midget submarine at China's Wuchang shipyard.

The space snapshots captured by DigitalGlobe show the vessel berthed at the shipyard pier used for fitting out submarines. The midget submarine had left the pontoon by late November and by mid-January 2015, another submarine, probably a Type 041 Yuan-class boat, occupied the pier.

According to imagery measurements, the midget submarine has an approximate length of 35 meters and beam of 4 meters, which suggests a surface displacement around 400-500 tons.

Midget submarines – sometimes called mini or coastal subs – typically weigh below 150 tons and are operated by small teams. Their small size limits their endurance, often forcing them to operate alongside a mother ship.

In the past, the vessels been used for harbour penetration, concealed attacks on individual ships, or for reconnaissance purposes. Most of today's midget subs – from North Korea and Iran – are regularly armed with torpedoes and mines.

As Chris Biggers points out at open-source intelligence website Bellingcat, media outlets have reported on China fielding midget submarines, but no reports exist suggesting China is currently building such a vessel. The boat could be for a foreign customer, Biggers notes.