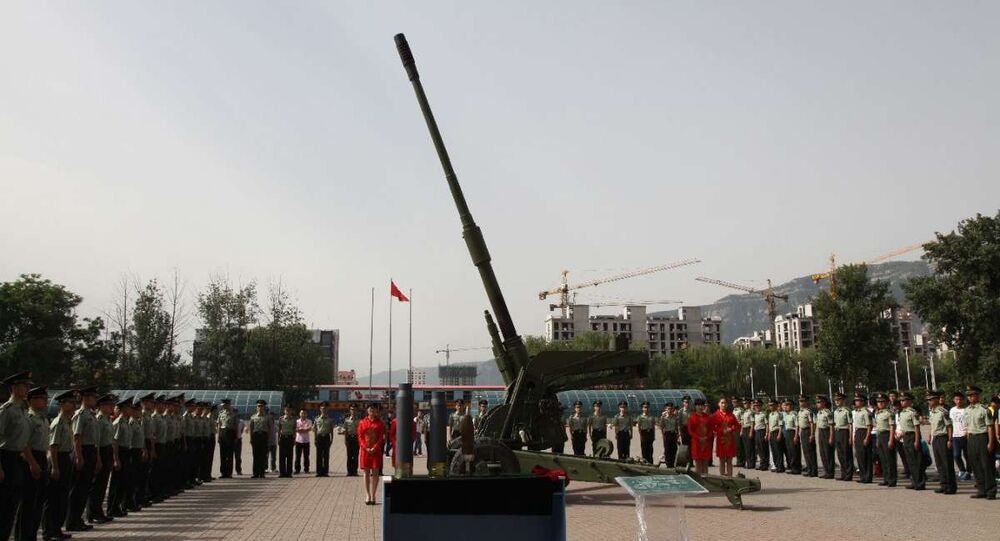 Earlier this month, the Chinese army received a multipurpose cannon which reportedly will surpass any such cannon in the world. Days later, however, all references to the new weapon had disappeared, implying a desire for secrecy during testing.

When the 127th Ordinance Institute, of the Central Northern University, handed over a new 125mm cannon to the People's Liberation Army (PLA) at a June 10 ceremony, the Institute claimed that the cannon will have the highest range, velocity and penetration power of any 120mm/125mm cannon in the world.

But by June 14, all references to the cannon had been scrubbed from the University's website.

One quality that makes China's new canon so superior is its length. It has a length to caliber ratio of at least 60:1 – the longest tank gun in service is the German 120mm cannon, which has a ratio of 55:1, Popular Science reported. It also holds a larger cartridge, which stores more propellant explosives.

While the cannon is currently mounted on a towed carriage, several characteristics suggest that it is intended for tank turrets.

This multipurpose cannon reportedly has a muzzle velocity of 2,000 meters per second – almost mach 6 – for armored piercing fin stabilized discarding sabot rounds, whose discarding sabot concentrates the kinetic energy from propellant into frontal area of the penetrator rod, which is the size of a half dollar coin, Popular Science reported.

© AP Photo
Members of the 127th Ordinance Institute, of the Central Northern University, prepare to hand over a new 125mm cannon to China's People's Liberation Army at a June 10 ceremony.

Just as importantly, the new tank cannon uses one-piece ammunition, as opposed to the two-piece ammo used currently by Chinese tanks. This older two-piece ammunition's rod is about half the length of the maximum 1200mm length for the new 125mm, one-piece shell. A larger rod means more mass, thus impacting enemy armor with more kinetic energy.

In theory, the cannon's high velocity gives it enough energy and range to serve in an anti-aircraft capacity. But more likely, it could provide indirect fire support with cannon-launched missiles and shells for Chinese forces, such as distant, networked infantry units calling in strikes on enemy positions.