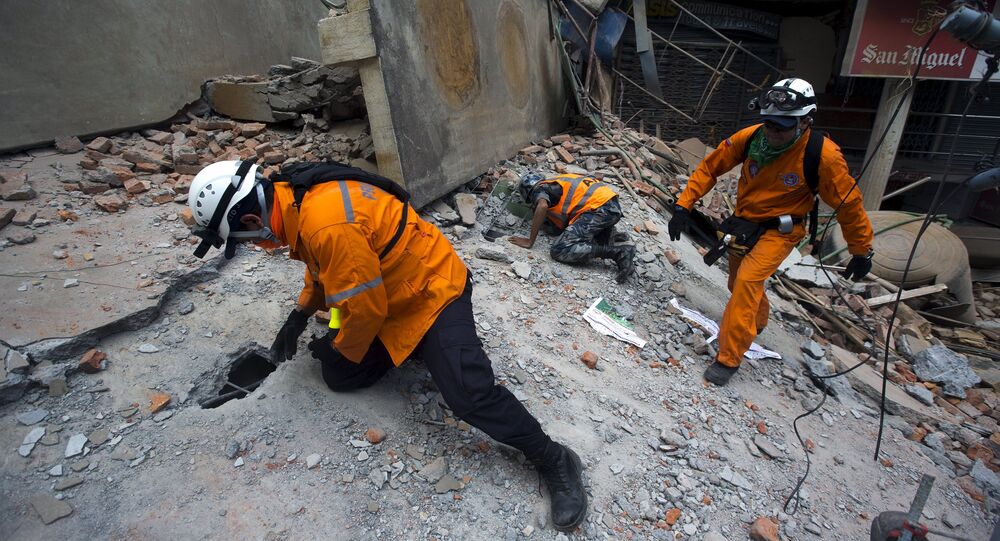 Washington’s aid to Nepal to help the country recover after April’s devastating earthquake has reached $130 million, US Department of State spokesperson John Kirby said at a press briefing on Thursday.

WASHINGTON (Sputnik) — On April 25, a 7.8-magnitude earthquake hit Nepal followed by a series of strong aftershocks, including a 7.3-magnitude earthquake on May 12. More than 8,700 people are estimated to have been killed, and twice as many were injured. Several areas in neighboring India, China and Bangladesh were also affected.

© REUTERS / Athit Perawongmetha
Nepalese in US to Be Granted Temporary Residency Due to Earthquake
“The United States is pleased to announce a pledge that increases the total amount of US emergency relief and early recovery assistance to $130 million to Nepal following the April 25th earthquake,” Kirby said.

The spokesperson stressed that this pledge is only the beginning of US contribution.

“We will continue to work with Nepal to support its long-term earthquake recovery needs in the future,” Kirby said.

According to the UN, the natural disaster left nearly 500,000 families homeless and several million in need of medical and humanitarian assistance.

At Least 30 Killed, 10 Injured in Landslides in Northeastern Nepal

Search for Missing US Helicopter Continues in Nepal

US, Nepal to Continue Aerial Search for Missing Marine Helicopter

US Helicopter Disappears While Transporting Aid to Nepal