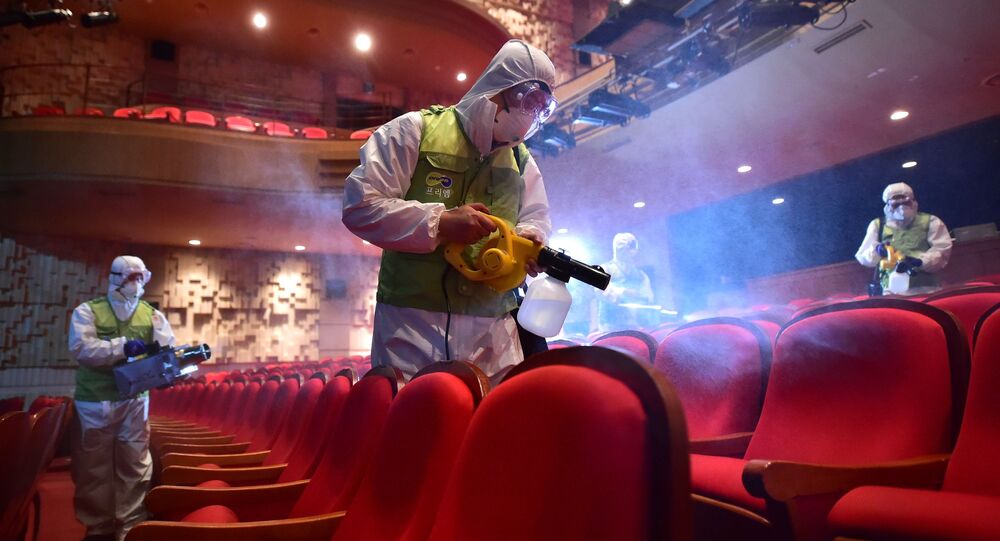 Number of MERS Cases Rises to 169 in South Korea

Three more cases of MERS have been recorded in South Korea, bringing the total number of those infected with the virus to 169.

MOSCOW (Sputnik) – Three more cases of the Middle East Respiratory Syndrome (MERS) have been recorded in South Korea, thus bringing the total number of those infected with the virus to 169, the country’s Ministry of Health and Welfare reports.

The death toll from the MERS outbreak, which started in South Korea in May, stands at 25, according to the ministry.

On Friday, the ministry reported that the outbreak appeared to have subsided.

South Korean Airline Suspends More Flights to Japan Over MERS Outbreak
The South Korean government has acknowledged that the spread of the virus is a result of insufficient safety measures during hospitalization of the first patients diagnosed with MERS.

The World Health Organization (WHO) has pointed out that some of the reasons behind the MERS outbreak in South Korea are overcrowded emergency rooms and excessive patient visits allowed at the country's hospitals.

MERS was first reported in 2012 in Saudi Arabia and then spread to other countries. The viral respiratory disease is introduced from camels to people, with limited human-to-human transmission, according to the WHO.

Russia’s Far East has been on heightened alert over the MERS outbreak in South Korea, having introduced special medical screening procedures, including thermal imaging, at airports.