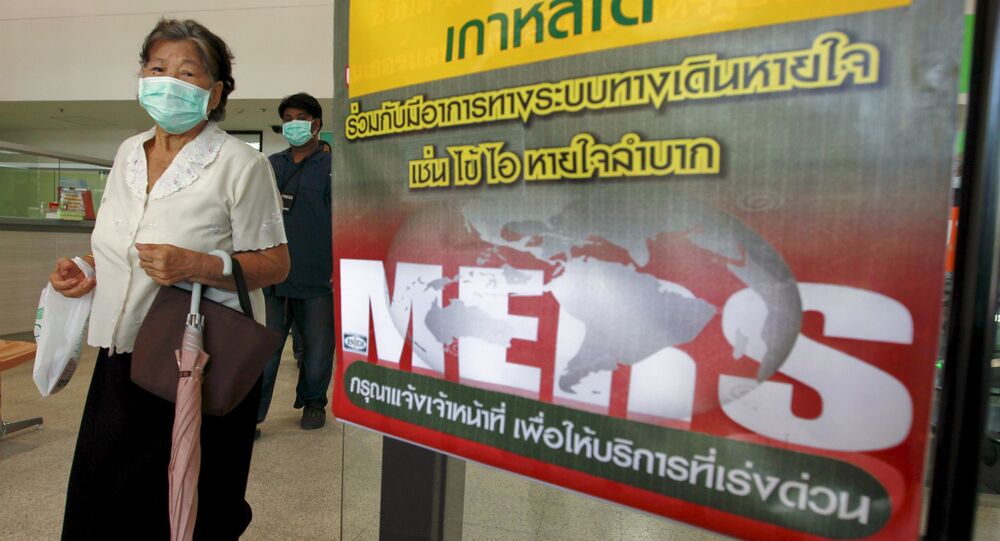 "We have 69 hospitals that deal with bird flu and SARS. At present, a new goal was added to their activities: receipt of patients suspected of being infected with MERS. There is everything needed to diagnose the disease and prevent its spread in these hospitals," Chan-o-cha said at a press briefing.

Answering the question on whether he was confident in the effectiveness of the undertaken measures, Chan-o-cha said that everything possible is done to contain the virus outbreak.

© REUTERS / Bobby Yip
Death Toll From MERS Outbreak Rises to 23 in South Korea
Thailand stepped up security measures in the country after the first-ever case of MERS was confirmed in the country on Thursday. The patient, a 75-year-old man who recently arrived from Oman, is a medical tourist. The man is in quarantine, in stable condition, according to health officials.

MERS is a viral respiratory disease caused by the MERS-coronavirus. The infection was first reported in 2012 in Saudi Arabia and subsequently spread to other countries.

There is no vaccine for MERS so far.