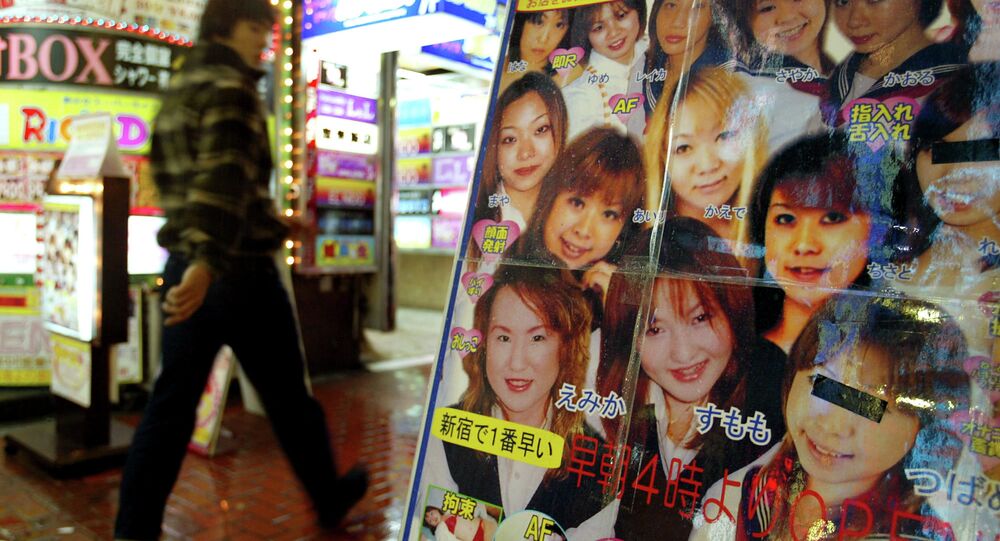 In a surprising Japanese court ruling last year, a judge ruled against a woman seeking damages for her husband’s extramarital affair. Now legal experts are suggesting it could create a troubling loophole for would-be cheaters: If you’re gonna get physical, just make it fiscal.

The names of the plaintiffs and defendants in the case are confidential, so for clarity’s sake, let’s begin our story with "Loretta."

Loretta is the wife of a prominent Japanese businessman, herein known as "Earl." Loretta loves Earl. Earl, ostensibly, loves Loretta. They once maybe smiled over oysters in an upscale Tokyo restaurant. They once maybe found themselves wearing matching sweaters before walking out into the January snow. They once maybe planned a vacation to Marseille.

Those were happier times, before Earl met "Calypso." Calypso was a club hostess, what is technically called makura eigyo, which translates roughly to “pillow sales tactic.” In practice, the job description involves maintaining a sexual relationship with clients to ensure that said clients return to the club.

According to court filings, this is precisely what occurred between Calypso and Earl, allegedly for over seven years.

Loretta took Calypso to court over "emotional distress," seeking $32,000 in compensation. It’s a not altogether uncommon practice in Japan, wherein third parties are taken to court for threatening a marriage with infidelity.

While that may seem like it places an unfair amount of blame on one individual while leaving the other off the hook – it takes two to tango, after all – it’s meant to uphold the sanctity of marriage.

And in that interest of preserving marriage as marvelous, awe-inspiring, even holy, Judge Masamitsu Shiseki ruled that sleeping with a cocktail waitress doesn’t really count if you toss a few yen her way.

"The defendant had sexual relations with her patron only for business, like in cases of prostitution, and such conduct does not damage peaceful marital life," Shiseki said.

You read that right. Hiring prostitutes is ok, too.

"Even if the wife is disgusted by the act, it does not constitute a legal offense," the judge said.

Making matters even more complicated is the fact that Calypso maintained that she never even slept with Earl. One can imagine, given the circumstances, that Earl certainly never admitted to sleeping with Calypso. So the judge’s decision to use a pretty unusual laissez-faire economic argument to let husbands get away with adultery instead of just saying, you know, there was insufficient evidence, is a little baffling.

Writing for the latest issue of legal magazine Hanrei Times, a number of Japanese judicial experts seem to agree, and are concerned that Judge Shiseki’s ruling could set a negative precedent.

"The judge did not need to introduce a new standard of allowing a sexual relationship outside marriage, introducing the word 'makura eigyo' out of nowhere," Katsuyuki Aoshima said, pointing out that neither the plaintiff nor defendant had used that term themselves.

"Without spending much time on confirming what happened, the judge concluded that the intercourse was a typical case of makura eigyo."

I’m not saying the judge has had his own, er, misadventures, but I’m guessing Shiseki has a wife of his own. We’ll call her "Sheryl," and Sheryl has probably heard the same argument before.