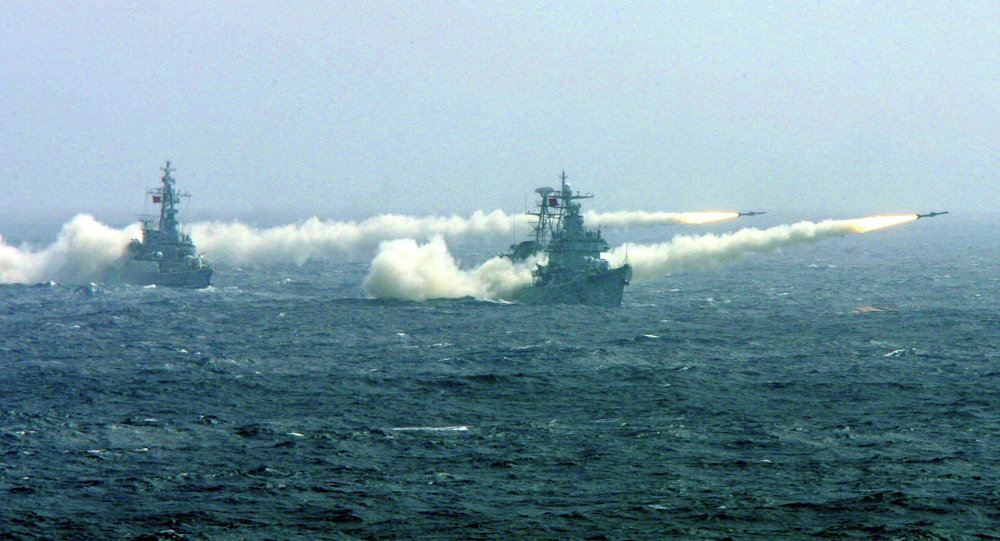 Aircraft of the Chinese naval forces joined a fleet to take part in a military drill in the western Pacific Ocean east of the Bashi Channel on Wednesday, a military spokesperson of the People's Liberation Army (PLA) Navy told media.

The ships and the aircraft carried out numerous exercises that imitated real combat conditions in waters east of the Bashi Channel, south of Taiwan, according to Chinese navy spokesperson Liang Yang.

The spokesperson added that the drill was a routine exercise scheduled as part of the navy's annual training plans and was "in line with international laws and practices."

According to China, it has no intention of doing anything that could negatively impact the South China Sea routes. The reclamation project is purely peaceful in its nature and "will mainly help ships of China and other countries" in the area, the Chinese ambassador said in a bid to dispel Washington's concerns.

Liang said similar drills would be carried out in the future.