India’s high-ranking officials agreed in a Thursday meeting to continue to increase pressure along the country's border with Myanmar, a source in the Indian Home Ministry told Sputnik. 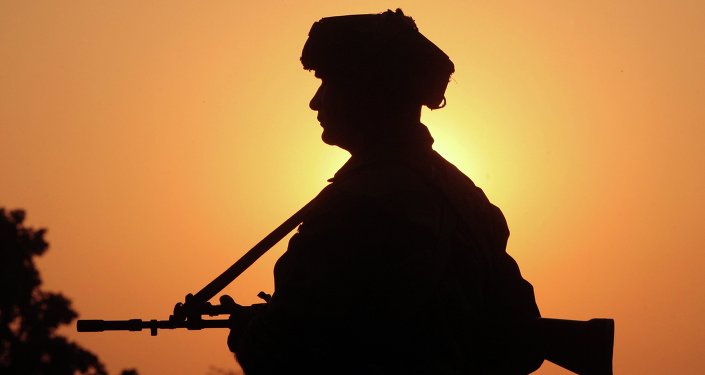 © REUTERS / Mukesh Gupta
India’s Army Raid in Myanmar Changes Security Scenario Mindset - Minister
NEW DELHI (Sputnik) — On Tuesday, the Indian Army crossed the border into Myanmar and killed some 115 insurgents who had fled from India’s northeastern state of Manipur into the neighboring country after having murdered from 18 to 30 Indian soldiers, according to various Indian media sources.

On Thursday, a meeting on the Myanmar operation and its impact on the bordering areas was held in India’s Home Ministry in New Delhi. According to Sputnik’s source, the meeting was chaired by the Indian home minister. India's defense minister, national security adviser and Intelligence Bureau chief were also present.

“India will continue to build pressure along the India Myanmar border,” the source said, adding that the officials have discussed the security situation in Manipur and agreed that the security and intelligence network should remain on high alert.

Indian National Security Adviser Ajit Doval is likely to visit Myanmar with a proposal for a further joint operation against the insurgents, the source added.

The Indian officials also discussed Pakistan's reaction to the operation. On Wednesday, Pakistani Interior Minister Nisar Ali Khan said that his country would not allow anyone to conduct similar raids on its territory.

Over 100 Militants Dead in Indian Army's Surgical Strike in Myanmar

Muslims in Myanmar Arrested Over Links to Non-Existent Terrorist Group