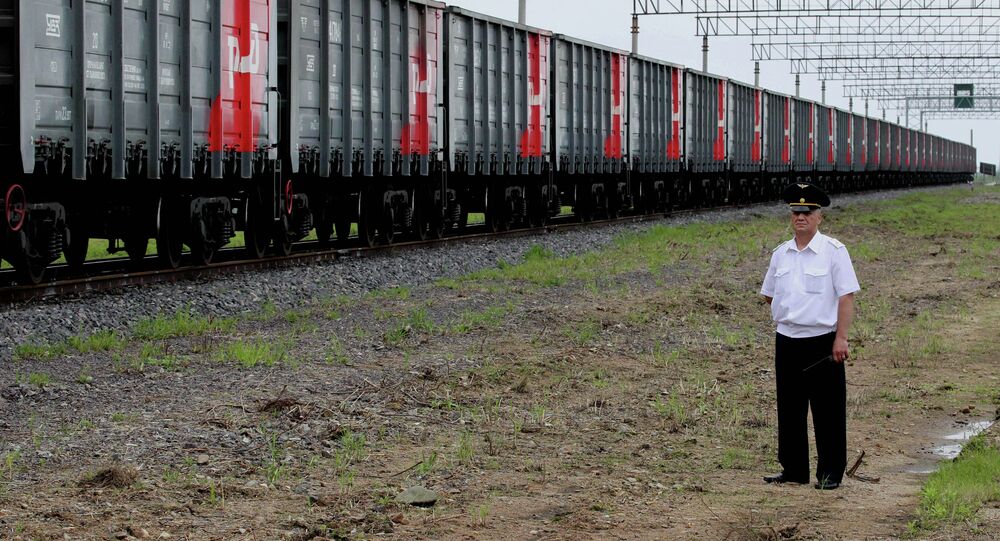 Gazprom
China Launches Construction of Its Part of 'Power of Siberia' Gas Pipeline
The railway authorities in Xinjiang said the additional cargo train service linking the region’s capital Urumqi with Moscow would contribute to the economic development of the autonomous region, which is seen as a “core area” of the Silk Road economic belt, Xinhua news agency reported.

By the second half of the year, more than three cargo trains will run between Xinjiang and the destinations in Russia and also central and western Asia per week.

The trains will be able to transport $8.1 billion of cargo a year, local officials said.

The first freight train service linking a Chinese province to neighboring Russia was launched when a cargo train from the northeast Heilongjiang Province set off on its maiden journey to central Russia on March 1, 2015.

The initiative calls for the integration of the region into a cohesive economic area through building infrastructure, increasing cultural exchanges, and broadening trade.

In October 2013, Xi Jinping proposed the second branch of the project, the so-called Maritime Silk Road, to run through Southeast and South Asia.

In February 2014, President Xi Jinping and his Russian counterpart, Vladimir Putin, reached a consensus about the construction of the "Belt and Road,” as well as its connection with Russia's Euro-Asia Railways.