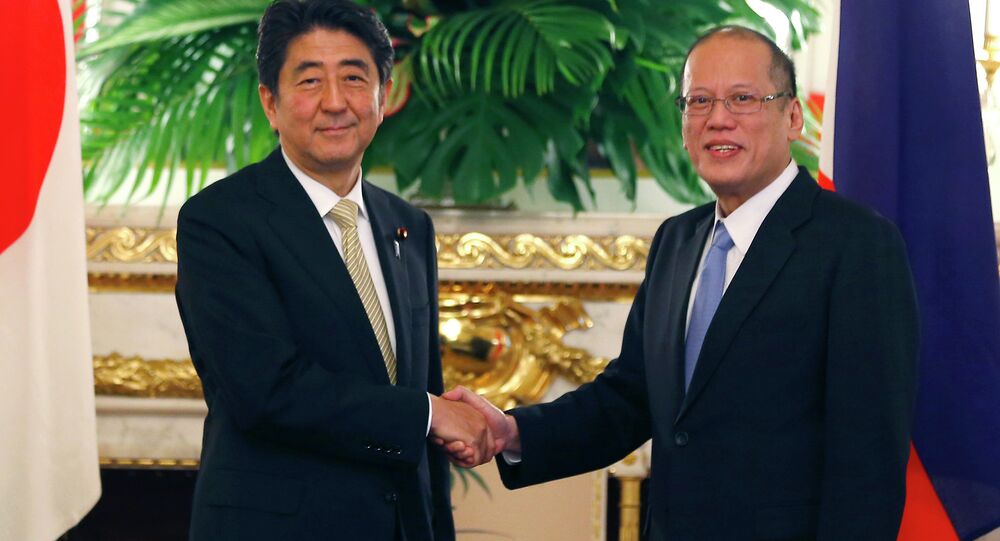 While comparing China to Nazi Germany earlier this week, the Philippine president is now seeking a military alliance with Japan, a former Axis power which occupied his nation 70 years ago.

"If somebody said stop to Hitler…would we have avoided World War II," Philippines President Benigno Aquino told an audience on Wednesday during his four-day tour of Japan. The hypothetical was meant to draw comparisons to Nazi Germany’s spread through Europe to China’s land reclamation projects in the South China Sea.

"I’m an amateur student of history…" Aquino said. So amateur, in fact, that he’s overlooked Japan’s role in the war.

In 1941, Imperial Japanese forces invaded the Philippines mere hours after the attack on Pearl Harbor. The occupation lasted for three years, during which time a number of war crimes were documented. The Manila massacre, one of the many atrocities conducted by the Japanese military throughout their occupied territories, resulted in the death of between 100,000 and 500,000 civilians.

Yet on Friday, Aquino indicated a desire to begin negotiations which would allow military cooperation between the two countries.

Under a visiting forces agreement, the cooperation would allow for refueling and other logistical support or Japanese forces in the region. This would fall in line with similar treaties between the Philippines, the United States, and Australia.

While the visiting forces agreement has not yet been finalized, Manila and Tokyo did sign a partnership agreement on Thursday, which will increase military cooperation and arms sales. As part of that deal, Japan will deliver 10 patrol ships to Philippine coast guard and assist in upgrading the country’s surveillance and defense technology.

The increased cooperation between Pacific allies is meant to address the growing influence of China in the region, something the United States has been staunchly against. Washington has called Beijing’s construction of artificial islands in the South China Sea a provocation, despite the fact that China has repeatedly asserted that it has every right to build within its own territory.

While China claims most of the South China Sea, the Philippines, Indonesia, Malaysia, Brunei, Taiwan, and Vietnam all have overlapping claims.

Under pressure from Washington, Japanese Prime Minister Shinzo Abe is working to expand his military’s jurisdiction. While Japan’s constitution currently restricts troops to act only within its own territory, Abe has sought new legislation which would allow Tokyo to defend foreign allies.

That means that Japan could soon be monitoring the South China Sea, and using the Philippines as a base of operations.

Obviously the Japan of today is a far cry from the Japan of World War II. It has changed exponentially in the last 70 years, just as any nation has. But before Aquino begins tossing Nazi comparisons around, he should consider how that equivocation looks while actively seeking a partnership with Nazi Germany’s primary ally.