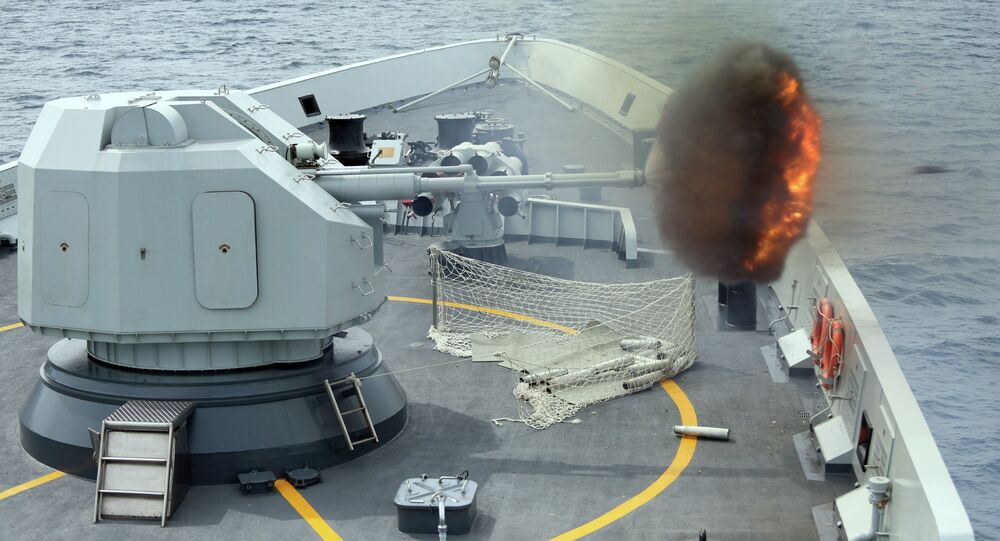 Russia will take part in South China Sea counter-terrorism exercises as it becomes increasingly concerned with security and stability in the region.

Russia will conduct naval exercises in the South China Sea in 2016, together with its partners in the Asia Pacific Region, Russian Deputy Defense Minister Anatoly Antonov said at a defense summit in Singapore on Saturday.

Speaking at the Shangri-La Dialogue summit of defense ministers, Antonov said that Russia is increasingly concerned for its security, citing US missile shield deployments, terrorism and "color revolutions." Russia will also conduct its first-ever exercises together with Brunei in 2016.

"We are concerned by US policies in the region, especially since every day it becomes increasingly focused on a systemic containment of Russia and China," Antonov said.

US Ramping Up 'Containment'

Antonov also said that US policies in the region are increasingly aimed against China and Russia, and that US missile destroyers pose a threat to stability in the region.

"Despite our concerns about the US global missile defense architecture, they continue a policy of disrupting strategic stability, adding a regional segment of an anti-missile 'shield' in the Asia-Pacific," Antonov said.

© Sputnik / Alexander Vilf
Vietnam Military Blasts US for Interfering With Russian Refueling Flights
Antonov also cited Vietnam as a recent example of US pressure, where the country was forced to prohibit the maintenance of long-range Russian aircraft in Vietnamese airports.

"The objective is to reduce the possibility of using foreign airfields and ports by the Russian Navy and Air Force," he added.

Antonov said that terrorism is turning into a threatening force in several countries around the world and has become a threat t the Asia-Pacific Region alongside piracy, cyber-crime and drug trafficking.

"It is worrying that terrorists in several countries are turning into a real force and are aspiring to come to power in some states," Antonov said.

"According to some data, there are around 50,000 fighters in Afghanistan. In the country itself, as well as border territories there is a network of terrorist training camps, including for suicide bombers," Antonov added.

Western-organized "color revolutions" could come to the Asia-Pacific region at any time under the guise of introducing "democratic" values, Antonov told the forum.

"An epidemic of 'color revolutions' swept up the Middle East and, like a hurricane, wiped out several states in the region. This disease went across several European countries, where events are freely controlled from the outside," Antonov said.

Antonov brought up the example of Ukraine as a case where the results of such a "color revolution" have impacted Russia's interests, as millions of Russians live in Ukraine.

© Sputnik / Alexander Liskin
Russia to Sign Border Military Activity Deal With Japan, North Korea
"As a result of the unconstitutional coup, the country is plunged into a civil war, and the supporters of the 'war party' continue pushing the state to military adventures. At the same time there is a real humanitarian catastrophe. Over 6,000 people have already been killed," Antonov said.

Also at the summit, Russia expressed interest in developing closer cooperation with Israel, as well as developing pacts to ban military exercises near its borders with North Korea and Japan.