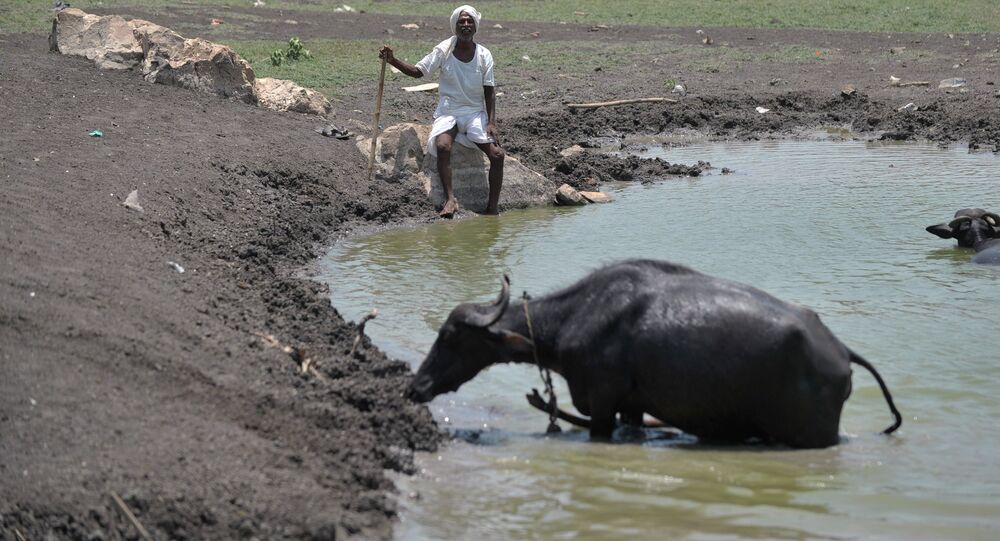 So far 1,826 deaths have been reported due to heat waves in India, Indian Home Ministry sources told Sputnik.

NEW DELHI (Sputnik) — A deadly heat wave across India is waning after leading to the deaths of over 1,800 people, the country's Meteorological Department head told Sputnik on Friday.

© AFP 2021 / Toru YAMANAKA
Over 430 Hospitalized in Japan Over Heat Wave
"As far as the reports of high level of UV radiation is concerned we are still ascertaining the facts," Yadav told Sputnik.

He added that conditions favorable for monsoon rains to fall will become apparent over the next three to four days.

So far 1,826 deaths have been reported due to heat waves in India, Indian Home Ministry sources told Sputnik.

Temperatures above 40 degrees Celsius (104 Fahrenheit) are normal in India between the months of March and June, the country's dry season, with April and May tending to be the hottest.