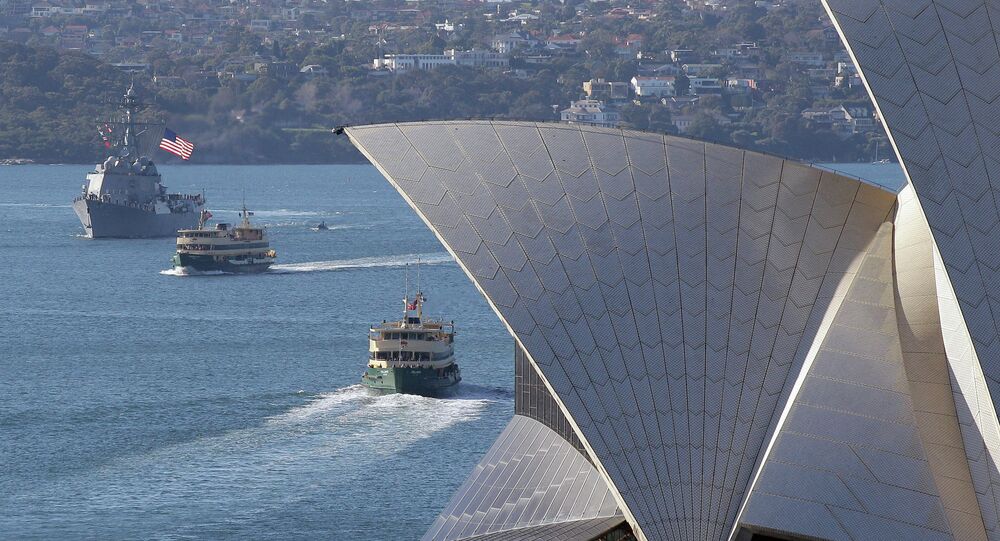 The US continues to push its allies to take a larger role in patrolling the waters of the Pacific. To that end, the United States and Australia have brought Japan into its regular war games, a move signaling a renewed front against a perceived Chinese threat.

Conducted every other year, the Talisman Sabre is a joint military exercise conducted in July between Washington and Canberra involving nearly 30,000 troops. Held largely in the waters off Australia, but also on land, the drills include special forces tactics, maritime operations, amphibious landings, and urban warfare.

While New Zealand will contribute 500 troops, this year’s drills will also include, for the first time ever, the cooperation of the Japanese military, which will send 40 officers and soldiers.

"I think the US is trying to get its allies to do more," Euan Graham, director of the International Security Program at the Lowry Institute in Sydney, told Reuters. "There is an obvious symmetry between Japan as the upper anchor of the Western Pacific alliance and…Australia as the southern anchor."

This follows a steady pattern of Washington pushing Tokyo to take a larger role in patrolling the Pacific. Earlier this month, the Japanese government greenlit a proposal from Prime Minister Shinzo Abe which would expand the nation’s use of its defense forces.

Many security experts attribute this to an alleged threat posed by China’s construction of artificial islands in the Spratly archipelago in the South China Sea.  A hotly contested region, nearly $5 trillion in trade passes through the waterway annually. The US and its allies have expressed concern that these islands are being built as part of an effort to control the South China Sea, despite Beijing’s repeated claims that the islands are meant largely for peaceful purposes.

In recent months, Washington has conducted military exercises with several nations who also lay claim to the South China Sea, including Indonesia and the Philippines. The US also announced earlier this month that it would begin patrols of the Spratly Islands, a move which has been heavily criticized by Beijing.

Despite this clear pattern of aggression, Japanese Defense Minister Gen Nakatani denied that Tokyo’s inclusion in the Talisman Sabre has anything to do with China, and was instead part of Japan’s general interest in strengthening ties with its allies.

Do you think the US actions in the South China Sea are provocative?
Voted: 3066
All polls
That cooperation has reached new heights under Prime Minister Abe. As Australia seeks to upgrade its navy, Japan will likely gain a contract to supply a new fleet of submarines to Canberra, a move strongly supported by the Pentagon.

"To expand the reach of these alliances, we are embarking on unprecedented trilateral cooperation," US Assistant Secretary of Defense David Shear told the Senate last month.

In response to the growing ties between the three Pacific allies, China’s Foreign Ministry spokeswoman Hua Chunying urged for calm.

"We believe the relevant countries should all play a proactive and constructive role to strengthen mutual trust and cooperation between countries in the region," she said during a news briefing.

While Beijing claims most of the South China Sea, Taiwan, the Philippines, Brunei, Malaysia, and Vietnam all have overlapping, competing claims.