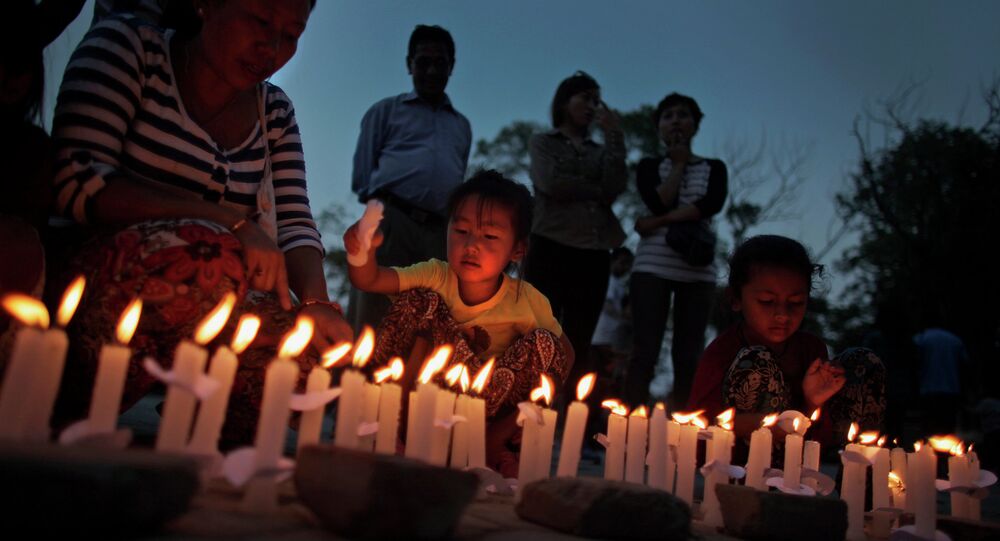 According to local official, Indian authorities have rescued more than 20 children from a human trafficking network.

"We have rescued 26 children from the clutches of human traffickers in the past 20 days and sent them to rehabilitation centers," Sanjeev Kumar, a senior labor official in the Indian state of Bihar, that shares a border with Nepal, said, as quoted by the daily.

Earlier this month, the newspaper reported that local non-governmental organizations feared that human traffickers had abducted young women in the quake-hit region under the guise of rescue operations.

According to the United Nations, up to 15,000 people from Nepal, mostly women and children, are trafficked every year for commercial sex and forced labor.

The problem was aggravated after a 7.8-magnitued quake hit Nepal on April 25, killing more than 8,600 people and destroying rural communities.

Earlier in the day, the UN Children's Fund (UNICEF) said that an estimated 70,000 children under five were at risk of malnutrition and required urgent humanitarian support in Nepal.

Earlier this month, UNICEF delivered humanitarian supplies to Nepal to help some 1.7 million children affected by the earthquake and its aftershocks.