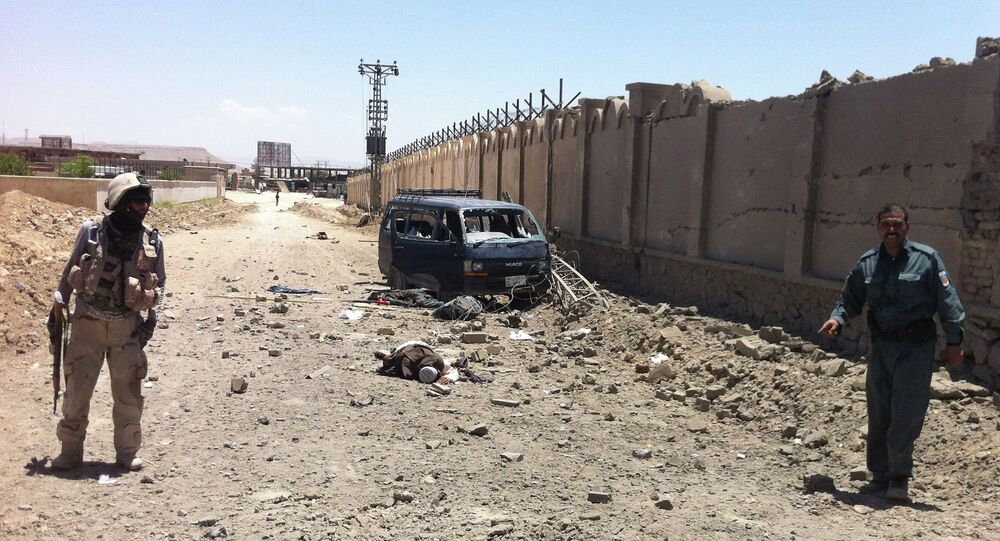 Suicide bombing killed four people and wounded 60 in the city of Qalat, southern Afghanistan, most of the victims are civilians.

According to Tolo News television network, the attack took place in the city of Qalat near the provincial council building. Taliban militants claim responsibility for the attack.

"Most of the victims are civilians. Women and children were among the injured people," deputy police chief, Ghulaam Jelani Farahi said, quoted by the network.

© AP Photo / Allauddin Khan
Taliban Claims Responsibility for Attack in Kabul Airport Killing Three
Farahi added that the police have launched an investigation into the incident.

Tolo News reports that no council members were hurt in the attack, while other local media outlets claims that at least three were wounded in the blast.

The Taliban militant group, formed in the 1990s, aims to enforce Sharia law in Afghanistan and Pakistan. The group has carried out numerous terrorist attacks in both countries.