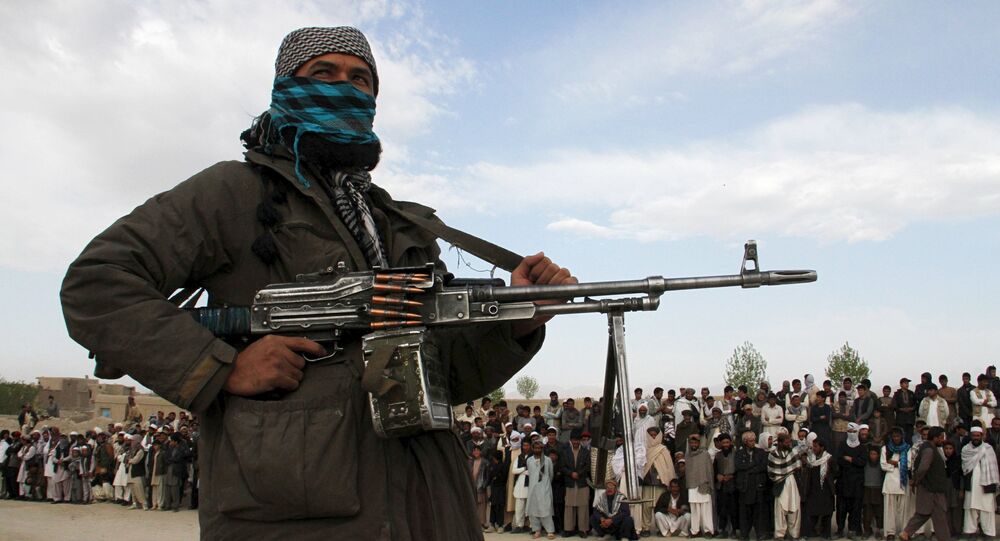 The Islamic State (ISIL) terrorist group and the Taliban clashed in western Afghanistan, killing about 20 people, at least 12 ISIL fighters, including four women, were taken hostage by the Taliban.

Both sides lost approximately the same number of fighters, Hanif Razai, spokesman for the Afghan National Army, said as quoted by Khaama Press.

At least 12 ISIL fighters, including four women, have been taken hostage by the Taliban, according to Razai.

The militants have been fighting against each other since Sunday, he added.

© REUTERS / Thaier Al-Sudani
ISIL, Taliban in Afghanistan Declare War Against Each Other
The ISIL is a Sunni insurgent group in control of large parts of Iraq and Syria. The militants are also gaining a foothold in North Africa and Central Asia, with local groups pledging allegiance.

In late April, an IS-linked group set up a training camp in Afghanistan.

The Taliban, formed in the 1990s, seeks to enforce Sharia law in Afghanistan and Pakistan. The group is known for numerous terrorist attacks against authorities and civilians of both countries.