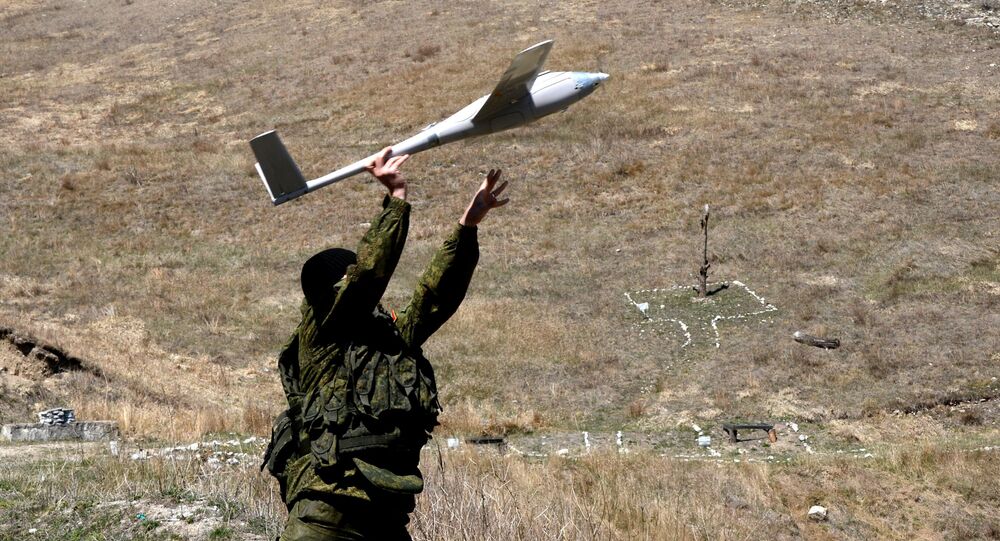 In April, the Taliban launched a large-scale offensive in Kunduz, an Afghan province bordering Tajikistan. Taliban attacks prompted Tajik authorities to strengthen its border with Afghanistan and stage military drills.

© Sputnik / Lesya Polyakova
Russian Troops Practice Airstrikes in Tajikistan
"During the flights, the methods of interaction with Tajikistan's Defense Ministry units, motorized infantry actions in blocking and elimination of illegal armed groups, combing of adverse terrain, as well as operation of UAVs in the conditions of high temperatures and thin air were practiced," the press service said in a statement.

Earlier in May, a joint rapid-response force of the Collective Security Treaty Organization (CSTO), including Russia, Tajikistan, Belarus and Kazakhstan, among others, carried out large-scale anti-terrorism drills in Tajikistan.