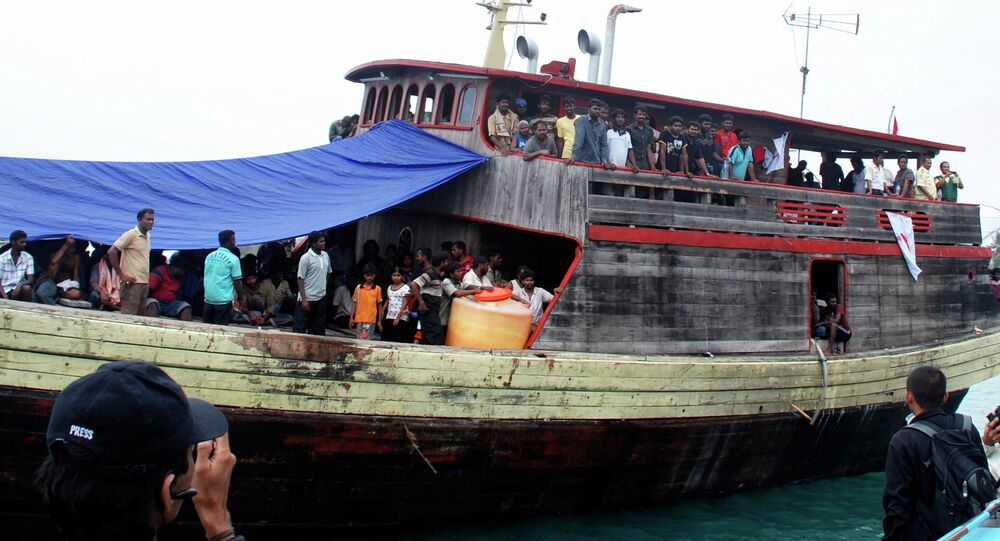 Australian Prime Minister Tony Abbott said that Australian authorities need to bring the same drive, focus and clarity of purpose to countering terrorism that they do in stopping migrant boats under the Operation Sovereign Borders program.

© Flickr / Mark Benger
Australia Considers Stripping Terrorists & Hate Preachers of Citizenship
MOSCOW (Sputnik) — Australia's stance on terrorism should be as harsh as it is on migrants seeking asylum in the country, Prime Minister Tony Abbott said on Monday.

"We need to bring the same drive, focus and clarity of purpose to countering terrorism that resulted in stopping the boats under Operation Sovereign Borders," Abbott was quoted as saying by the Sydney Morning Herald newspaper.

© AFP 2021 / MARTY MELVILLE
Australian PM Sets New Anti-Terror Laws in Motion
Last week, the prime minister refused to provide settlement to thousands of refugees caught at sea fleeing from Myanmar and Bangladesh. Abbot condemned their method for attempting to obtain refugee status, saying that "entering [by] the front door" into Australia is the only way for migrants to start a new life in the country.

In April, Australian police detained five men in Melbourne, two of whom allegedly planned to carry out a terror attack during a national holiday. Shortly after the arrests, Abbott said that the detainees were suspected of having links to the Islamic State, a militant group in control of large areas across Iraq and Syria.

US Embassy Warns Citizens of Likely Terror Attack in Australia