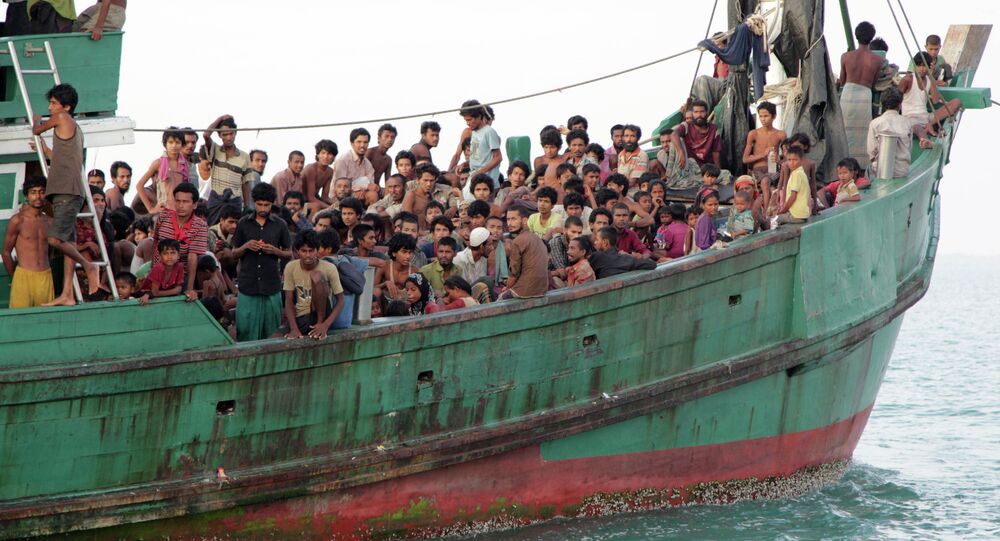 Bangladeshi Prime Minister Sheikh Hasina said that punishment will have to be given to those who are moving from the country illegally.

Thousands of people from Bangladesh and neighboring Myanmar are feared to be stranded at sea in boats as they look to cross the Bay of Bengal to reach Thailand, Indonesia and Malaysia.

"Side by side with the middlemen, punishment will have to be given to those who are moving from the country in illegal way… They are tainting the image of the country along with pushing their life into a danger," Hasina said as quoted by the Daily Star newspaper.

© AP Photo / Binsar Bakkara, File
Boat Migrants Kill Each Other Over Food Shortage, About 100 Reported Dead
She added that migrants who flee the country in search of jobs have become "mentally sick" in their pursuit of money, according to the daily.

Earlier on Sunday, Malaysian media reported that police found 30 mass graves in the country's northwest that are thought to contain bodies of migrants.

Bangladesh is one of the world's most densely populated countries and poverty is widespread there despite the country being listed by the Goldman Sachs bank among the emerging economies with most potential for development.