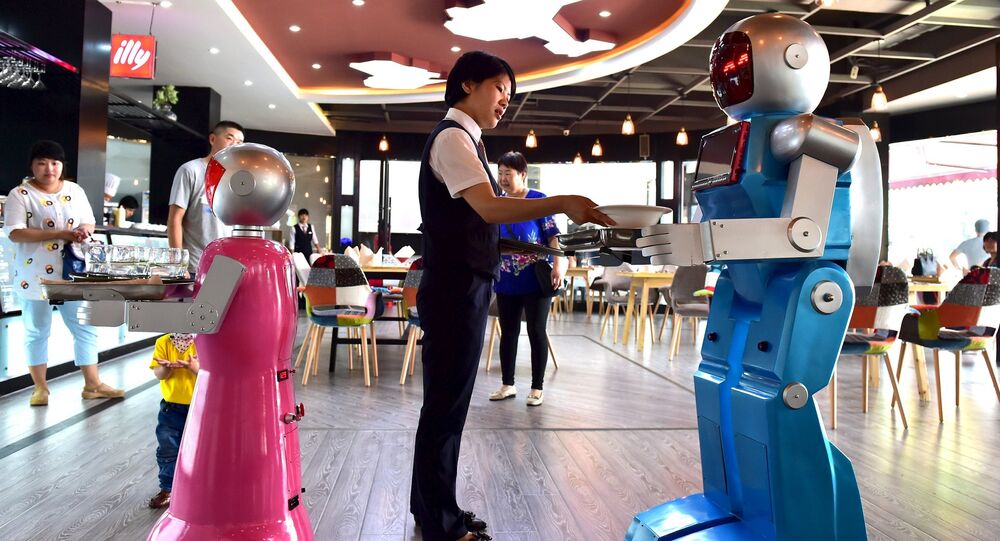 "We predict that China can become one of the strongest industrial robot makers by 2030," said Song Xiaodong, secretary-general of the Alliance, at the conference.

© AP Photo / Eugene Hoshiko
China Becomes Second Stock Market Superpower – German Newspaper
According to the plan, which is being overseen by China's Prime Minister Li Keqiang, by 2030 China will be a world-leading research and development center for robotics. It could also become a high-end manufacturing base for robots and key components, explained Song.

Demand for robots in China has increased due to rising labor costs, changing demographics and the Chinese government's desire to shift manufacturing away from the manual assembly of lower-quality products to higher-value products which require automotive precision.

In March the provincial government of Guangdong, China's southern manufacturing base, released an action plan, according to which 943 billion yuan [$152 bln] will be invested in over three years to implement the application of robots in 1,950 companies, which will work in industries such as  electronics, automobiles, home appliances, textiles and construction.

At Least 35 Dead in Chinese Downpour