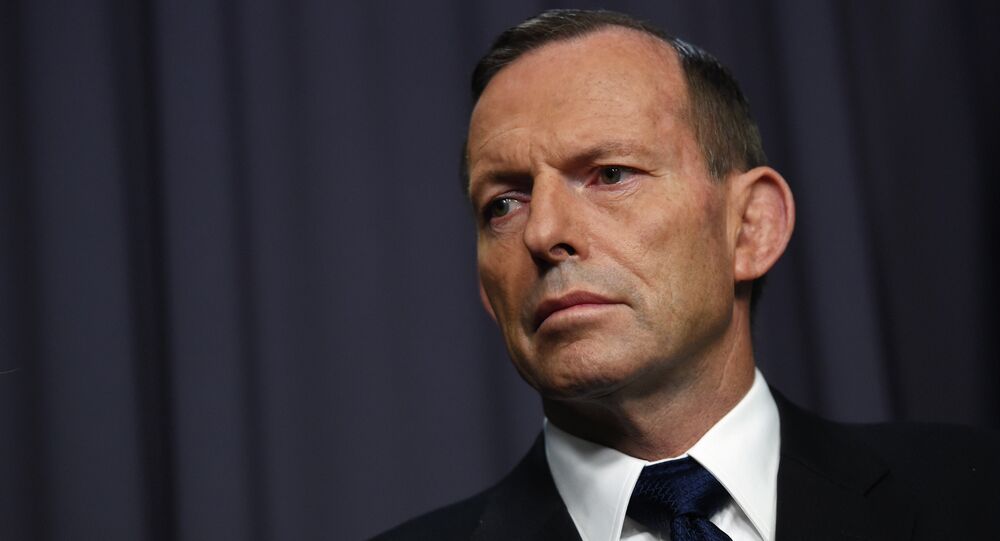 Australia's Conservative Prime Minister Tony Abbott and Opposition Labour Party leader Bill Shorten have each expressed their opposition to holding a referendum on gay marriage following proposals by senators to follow Ireland's lead on the matter, The Australian has reported.

Prime Minister Tony Abbott has expressed his opposition to holding a referendum on gay marriage following a national poll in Ireland which resulted in the approval of a constitutional amendment to make gay marriage legal.

Speaking to Australian media Sunday morning, Abbott described questions surrounding marriage as "the preserve of the parliament," noting that "this is a matter that could quite properly come before the parliament if members of parliament wanted it to be raised."

The prime minister argued that "referendums are held in this country where there's a proposal to change the constitution. I don't think anyone is suggesting the constitution needs to be changed in this respect."

Abbott added that there are "a range of views" on the issue inside parliament, inside his party and in his own family, Abbott noted that "inside the Abbott family I'm probably the last holdout for the traditional position."

© AP Photo / Peter Morrison
Ireland Passes Historic Legislation Legalizing Gay Marriage
Opposition leader Bill Shorten also stepped out against a popular vote on the issue. "I support the parliament resolving the issue. Think that would be the most effective and speedy way to do it," Shorten said. The Labour Party leader added that he believes that "the real obstacle to marriage equality being dealt with by the parliament is Tony Abbott."

Liberal senator Zed Seselja, who is said to oppose gay marriage, backed calls for Australia to carry out a referendum on the issue of gay marriage, following Ireland's historic vote.

"If you are going to make such a fundamental change it should go to a referendum. I think there is a reasonable argument for that," Seselja told told Australia's ABC TV on Sunday.

Jacqui Lambie, an independent senator from the island of Tasmania, took the argument one step further, saying the referendum on gay marriage is just one step in giving "the power back to the people." Lambie noted that "whether it's on [gay marriage] or euthanasia, it's about time that the people were given a vote on that. It shouldn't just come down to our conscience – it should come down to every Australian's conscience," Lambie, who is also opposed to gay marriage, told Sky News.

© AP Photo
Battle Between Conservative & Liberal Ireland Over Same-Sex Marriage
Despite the senators' proposals, George Williams, a leading Australian expert on constitutional law, told The Guardian Australia that a referendum on gay marriage would only amount to an expensive "big opinion poll," given that the parliament, which is presently Conservative controlled, would still be required to effectively enable same-sex laws. Williams noted that the referendum would also cost from $100-$150 million Australian ($78.25-$117.3 US) outside an election cycle, and half that if held together with an election.

Australia has had three referendums to change the constitution in its history, one related to the national anthem and two related to military conscription.
On Friday, the heavily Catholic nation of Ireland became the first country to approve gay marriage through a popular vote, with 62 percent of voters in the conservative nation voting in favor of allowing Irish gay and lesbian couples to marry.