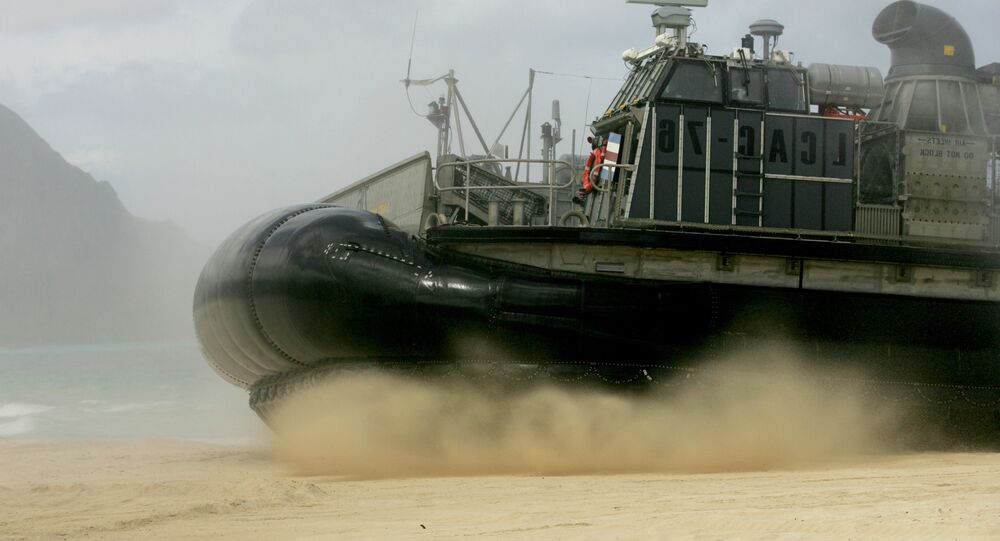 As the United States struggles to maintain influence in the South China Sea, it has pushed Pacific nations to assert themselves against Beijing. In that effort, Washington organized a gathering of military leaders from over 20 countries, specifically excluding China.

A first-of-its kind event, the United States hosted the PACOM Amphibious Leaders Symposium in Hawaii for Pacific nation commanders to discuss amphibious military capabilities. In attendance are representatives from Japan, Australia, the Philippines, Malaysia, Vietnam, and many others.

During the event, military leaders were flown aboard the USS Essex and given a demonstration of the US Marines amphibious assault capabilities.

"I don’t think China can match the complexity," said Martin Sebastian, head of the Maritime Institute of Malaysia, according to Reuters.

That was likely the impression Washington was hoping to give. For the last few months, the United States has been trying to instill confidence in Pacific allies as tensions over the South China Sea continue to rise.

A major trade route, most of the sea is claimed by Beijing, but there are overlapping claims by a number of nations, and China’s construction of artificial islands in the Spratly Archipelago has been interpreted by Washington as a provocation.

As such, China was not invited to the symposium. A US spokesman insists that Beijing’s absence is due to a legal technicality prohibiting military-to-military exchanges between the two nations, but China did take part in joint naval exercises last year.

The Chinese military was limited to search and rescue operations during these exercises, but even that small amount of participation suggests a deliberate snub at this year’s symposium.

US officials have said that that encouraging Asia-Pacific nations to coordinate their defensive capabilities is a crucial goal of Washington’s military strategy in the region, where 80,000 US troops are already stationed.

"Capabilities haven’t developed as quickly or as fully as they might," Grant Newsham, former Marine liaison officer to Japan’s Ground Self Defense Force, told Reuters. "The Symposium will hopefully coalesce these ongoing but somewhat disjointed efforts towards amphibious capability."

The United States has already taken part in a number of joint military exercises in the South China Sea, a region in which it holds no territorial claim. Earlier this year, Washington took part in separate drills with both Indonesia and the Philippines.

Earlier this month, the Pentagon announced it would begin naval patrols of the South China Sea, a decision that many feel could lead to conflict.

Washington has also been busy arming allies in the Pacific.

"What Washington must recognize, however, is that foreign military sales have unintended consequences," Sean O’Connor, a researcher with the Council on Foreign Relations, told Sputnik. "With more capabilities and vessels deployed in the disputed territory, a small skirmish could ignite an all-out crisis."