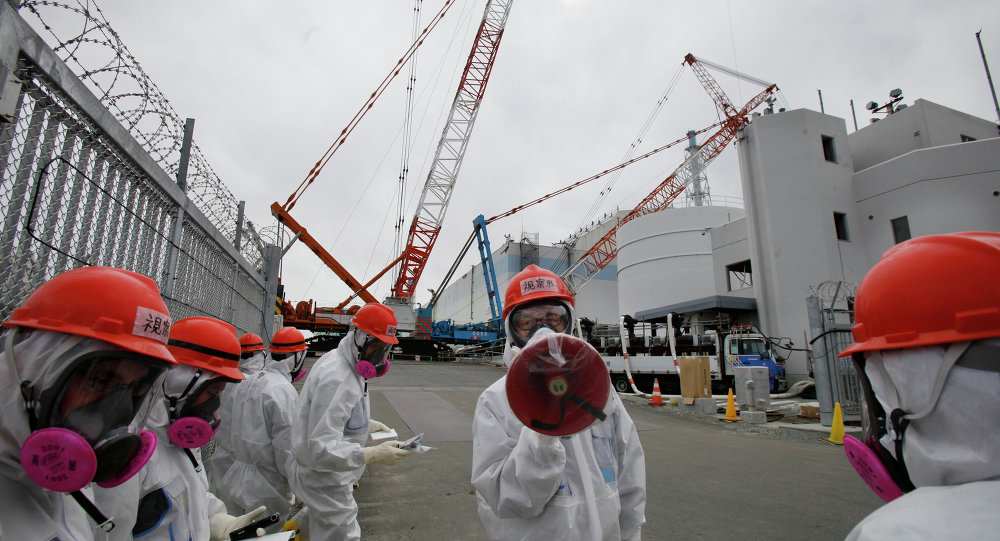 © AP Photo / Shizuo Kambayashi, Pool
Situation at Fukushima Site Remains Complex Despite Progress in Clean-up
TOKYO (Sputnik) – The preparations started with the pouring of anti-dispersal agents through holes in the cover’s roof to prevent radioactive dust escaping into the surrounding environment during the dismantling process. The agents will harden within 24 hours, blocking the spread of radiation.

TEPCO said that it hopes to start the actual removal of the cover, which was installed by the company in 2011 to mitigate the damage done to the plant, in a week.