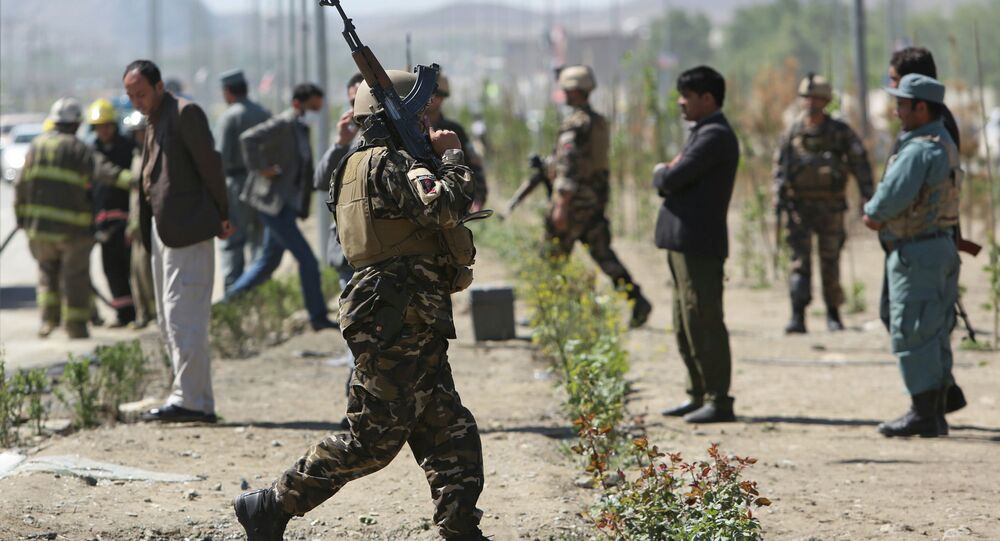 Gunmen armed with pistols and AK47 have attacked a hotel housing mostly foreigners in an upscale area of the Afghan capital of Kabul.

UPDATE: According to the US embassy, an American citizen is among the victims of the attack.

Gunfire has resumed as Afghan security forces have begun a clearance operation in the Park Palace guesthouse in Kabul attacked by gunmen.

Policemen in #Kabul where gunmen have entered hotel used by foreigners. All quiet but Afghan spec forces here pic.twitter.com/fcQkZPa8OT

Earlier a guesthouse in Kabul popular with foreigners was stormed by gunmen armed with pistols and AK47, Afghan security officials said.

Several people are reportedly trapped inside.

Update: it's said some foreigners are also inside the guest house. #Kabul #klolaposhta pic.twitter.com/a0Gn9vakAC

Gunshots were heard at the moment of the attack, according to eyewitnesses.

The attacked Park Palace guesthouse is located close to the Netherlands Embassy in Kabul.

No group has immediately claimed responsibility for the attack. However Taliban militants, who have declared a war on the Afghan government, have attacked guesthouses before.

The withdrawal of an international contingent from Afghanistan on December 31, 2014 marks the first time Afghan security forces face Taliban's insurgencies without foreign help. Waves of attacks by the group seeking to impose sharia law in Afghanistan and Pakistan have intensified every spring since 2006 and are commonly referred to as a "spring offensive."

Despite an official end to US and NATO military operations against al-Qaeda and Taliban, a residual force of nearly 10,000 remains in Afghanistan.