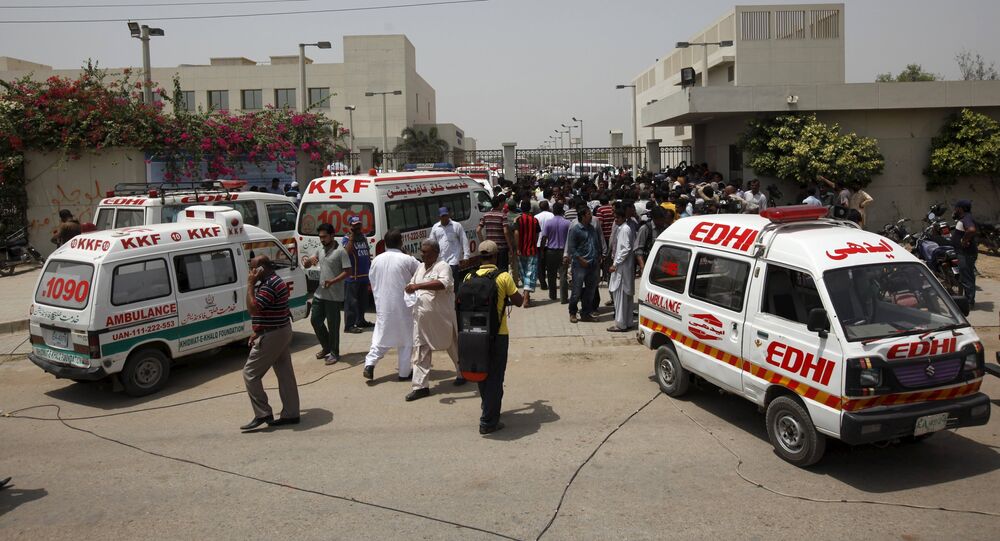 Gunmen on motorbikes assaulted a bus in the economic capital of Pakistan, killing more than 40 people.

Unidentified gunmen intercepted a bus with 60 members of Ismaili Shia Muslims (a religious minority) en route to a mosque, broke in and fired at passengers with semiautomatic rifles and 9 mm handguns.

According to local police, at least six gunmen attacked the bus on three motorcycles, killing at least 43 passengers and two officers.

"There were six terrorists on three bikes. They got off the bikes, climbed the bus and opened fire using 9 mm pistols," a senior police officer said as according to NDTV.

The wounded passengers were hospitalized. Several people are in critical condition. Security forces cordoned off the scene and started a searh operation.

The attack in Karachi is deeply saddening & utterly condemnable. Our thoughts are with the families of the deceased.

Sixteen women were killed, according to a hospital official.

Pakistan's Shiite minority has repeatedly been the target of the Taliban's Pakistani branch.

The most recent incident took place on January 30. At least 49 Shiites were killed in a suicide attack staged by Jundallah at the site of a mosque in the city of Shikarpur in southern Pakistan.

In November 2014, Jundallah claimed allegiance to the Islamic State, based in Iraq and Syria.

Nearly 1,000 Shiites have been killed in Pakistan, where Sunnism is the dominant branch, in the recent two years. The attack is the deadliest since January 30 when a suicide bombing in a mosque took 61 lives, NDTV reported.

With today's attack, at least 139 people have been killed in targeted attacks on the Shia Muslim community in Pakistan since start of 2015.