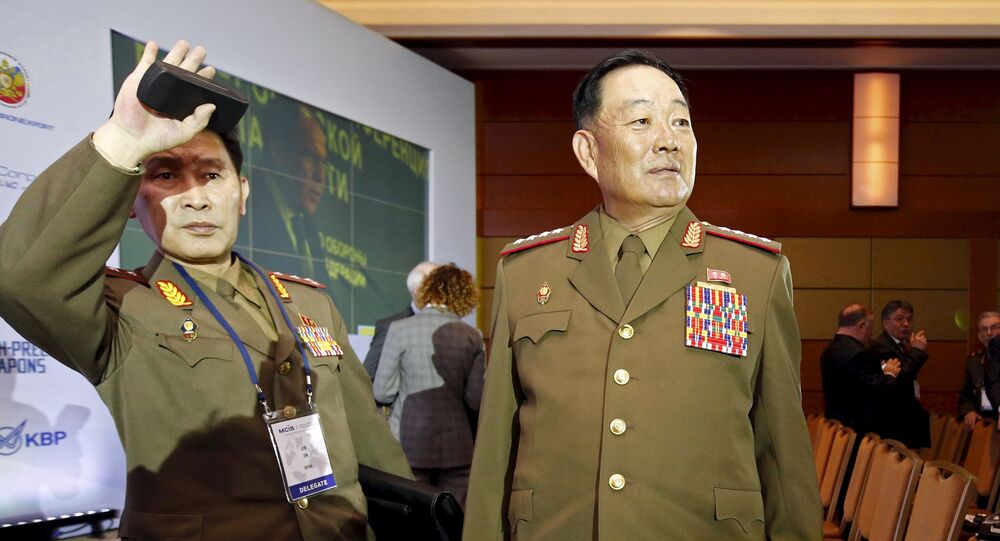 MOSCOW (Sputnik) — South Korean National Intelligence Agency representative said at a briefing in Seoul, that Hyon was executed on April 30 in front of hundreds of North Korean officials. Hyon was accused of disloyalty to the country's leader after he had fallen asleep during a military event attended by Kim Jong Un, Yonhap said.

In April, South Korean intelligence found that 5 high-ranking officials were executed in North Korea in 2015.

In December 2013, Kim Jong Un's uncle, one of the most powerful men in North Korea, was executed for plotting an attempt to overthrow the government.