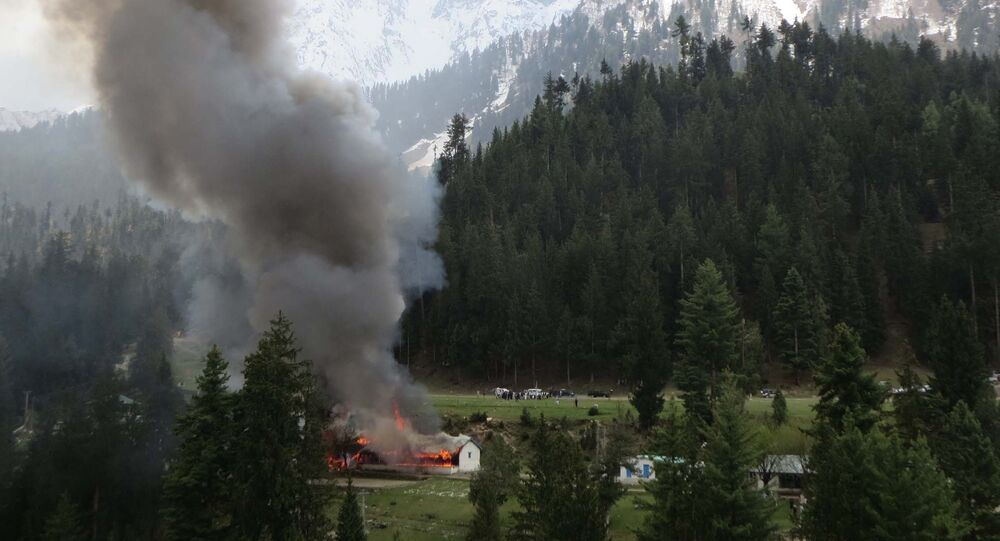 On Friday, a Mi-17 helicopter with 11 foreigners aboard crashed into a school and burned, killing the ambassadors of the Philippines and Norway, two pilots, a crew member and the wives of the ambassadors of Malaysia and Indonesia.

© AP Photo /
Taliban Claim Responsibility for Downing Helicopter With Ambassadors on Board
MOSCOW (Sputnik) —The Taliban group has released a video showing its members holding a surface-to-air missile the militants claim was used to down a Pakistani helicopter carrying foreign diplomats, local media reported Sunday.

According to the NDTV channel, a video released by militant media sources shows four masked jihadists holding a SAM-7 B missile. A message in Urdu said that the helicopter had not been destroyed fully in the air as the missile had hit a tail rotor.

Following the incident, Taliban claimed responsibility for the attack. However, a diplomatic source told Sputnik that an engine failure had been the cause of the crash, while spokesman for the Pakistani Army Asim Bajwa ruled out a terrorist attack as a possible cause of the crash, saying that the helicopter developed a technical fault while landing earlier Friday.

The Taliban is a militant group founded in the 1990s seeking to establish sharia law in Afghanistan and Pakistan. The group is known to have carried out multiple terror attacks against authorities and civilians in both countries.

Helicopter With 11 Foreigners Crashes on School in Pakistan, 6 Fatalities