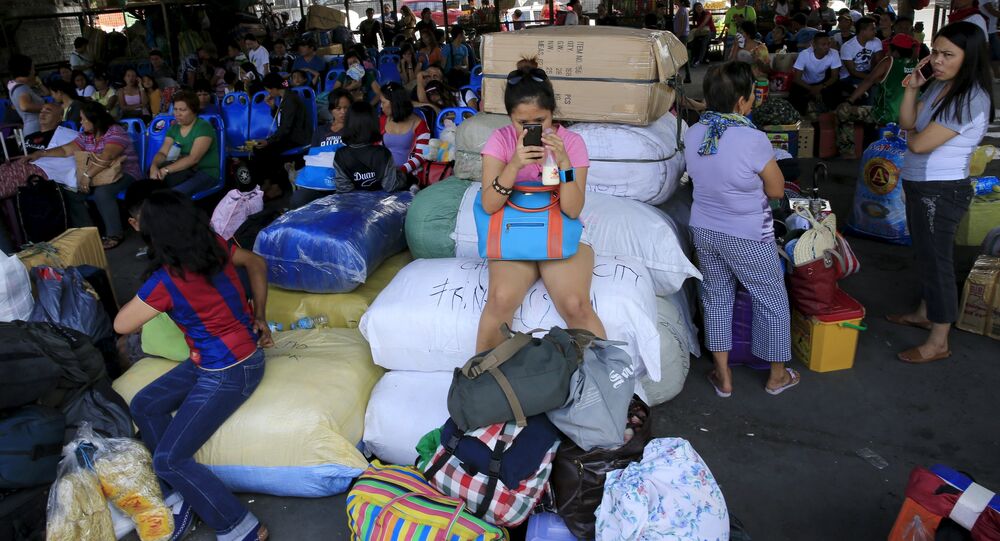 © AFP 2020 / Jay DIRECTO
24,000 People Face Evacuation From Philippines Due to Typhoon Maysak
MOSCOW (Sputnik) — More than 1,200 people have been evacuated from their homes in the northeastern Philippines as typhoon Noul strengthened into a super typhoon early Sunday, according to the CNN.

The super typhoon, which has attained sustained winds of 150 mph and gusts of up to 184 mph, threatens flash floods and landslides in the mountainous region.

The Noul super typhoon is forecast to hit the northeastern tip of Luzon, the largest and most populous island in the Philippines, later on Sunday.

Noul could also impact the Japanese prefecture of Okinawa early next week, according to earlier warnings.

The Philippines is routinely affected by typhoons during the monsoon rains period from June to December.

In late 2013, the Philippines was hit by a deadly Super Typhoon Haiyan, which left over 6,300 people dead.