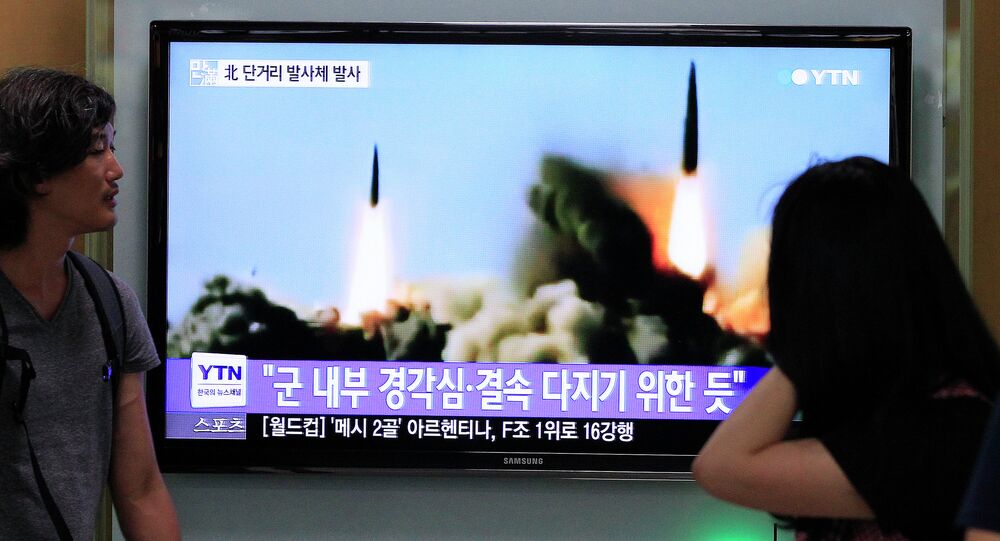 © AFP 2021 / Ed Jones
North Korea May Possess 20 Nuclear Warheads
"North Korean leader Kim Jong-un's resolute determination is to defeat the US on its own soil. Our punishment will be the demise of the US," the country’s official newspaper, the Rodong Sinmun, said Monday.

It added that Pyongyang’s front-line targets include the Pacific Ocean, not just South Korea.

The North's threat came amid reports of Pyongyang advancing its nuclear capabilities.

Pyongyang regularly denounces the drills, claiming they are preparations for war.

During a speech at the UN Conference on Disarmament in March North Korean Foreign Minister Ri Su Yong said the joint military exercises staged by South Korea and the United States were “unprecedentedly provocative in nature and have an especially high possibility of sparking off a war.”

“The Democratic People's Republic of Korea cannot but bolster its nuclear deterrent capability to cope with the ever-increasing nuclear threat of the US,” he said.

US Forces Korea Commander Curtis Scaparrotti said earlier this  month that he assumed Pyongyang had the ability to deliver a ballistic missile with a nuclear warhead, but it still fell short of actually firing it as the missile had not yet been tested.