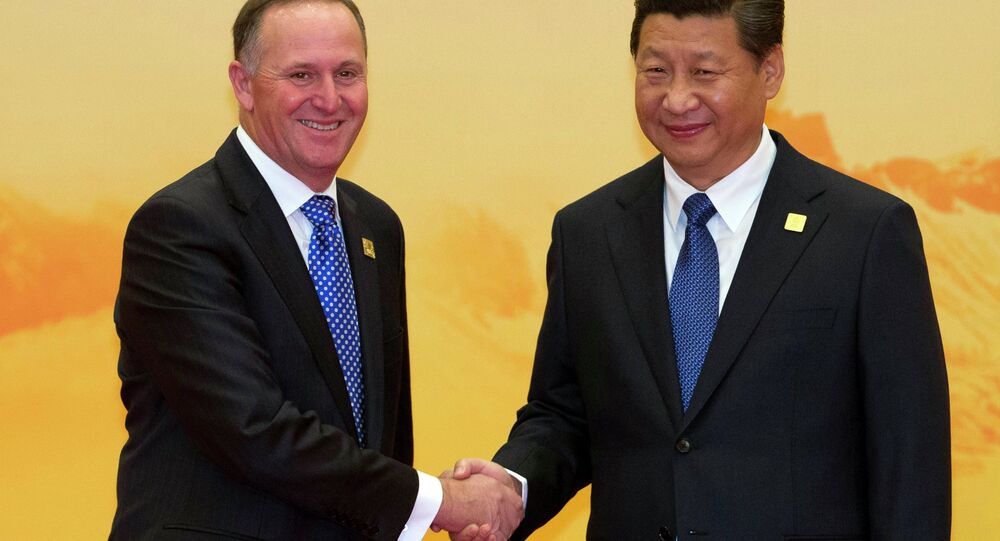 The Chinese Foreign Ministry said Monday that they were "seriously concerned" by reports that New Zealand spies collaborated with the US National Security Agency to spy on Chinese diplomats.

The plot involved government hackers from both countries tapping a data link in the capital city of Auckland which connected the Chinese consulate to its passport office, the New Zealand Herald on Sunday reported over the weekend in partnership with the Intercept.

The operation was uncovered in documents leaked by former NSA contractor Edward Snowden, but because of the timing of the reports, it remains unclear whether the Government Communications Security Bureau (GCSB) actually carried out the plan

"We are extremely concerned about this report. We strongly urge the relevant countries to immediately stop using the Internet to damage the interests of China and other countries," Chinese Foreign Ministry spokesman Hong Lei told reporters at a news briefing.

The secret report leaked by Edward Snowden reveals that New Zealand's intelligence services "identified an MFA data link between the Chinese consulate and Chinese Visa Office in Auckland," which they "verbally agreed to move forward" and take action on.

The revelations indicate a private attitude of mistrust of China that belies New Zealand's public attitude towards their largest trade partner: the countries do $15 billion in annual two-way trade.

New Zealand's Prime Minister, John Key, was quick to denounce the source of the documents upon which the report was based.

"[Snowden's] a thief and he stole and you've got a bunch of people who've been out there propagating information that's actually been proven to be incorrect," Key said in an address on Radio New Zealand, adding that no country openly discusses their foreign intelligence operations.

In 2013, when Key was himself head of the GCSB and therefore oversaw the nations' spying operations, he declared that relations with Chinese officials for a trade meeting in Beijing were "extremely warm."

The document reports that “GCSB has identified an MFA data link between the Chinese consulate and Chinese Visa Office in Auckland,” two buildings just blocks apart, and that the two agencies had "verbally agreed to move forward" with joint efforts on the link.

The timing of Snowden's departure in 2013 from his position in Hawai'i to take secret files to journalists in Hong Kong means that it is unclear whether the operation ever went into effect. As of April 2013, "formal coordination" had begun between the agencies, but that's as far as the leaked documents go.

Some argue that such operations are par for the course in the realm of foreign intelligence.

"It would be nice to think diplomatic communications are always respected but the real world is that someone is going to be trying to find them out," Robert Ayson, a professor of strategic studies at Victoria University told the Herald.

China, however, does not seem to agree, and reiterated the importance they place on secure communications.

"We attach great importance to the cyber security issue," a spokesperson for the Chinese embassy told the Herald, adding that "We will firmly safeguard our security interests and continue to guarantee our cyber and information security with concrete measures."

In an emailed statement to the Intercept, the GCSB’s acting director, Una Jagose, said the agency doesn't "comment on speculation about matters that may or may not be operational. Everything we do is explicitly authorised and subject to independent oversight."

Russel Norman, a leading member of New Zealand's Green Party called the revelations, particularly the fact that key must have personally approved the program "reckless" to diplomatic relations.

"It would bring very little, if any, benefit to New Zealand. If discovered and exposed, it carries enormous economic risk," Norman told the Herald.

"What these documents show is that John Key is willing to subvert New Zealand's broader international economic and political interests to please the US Government."