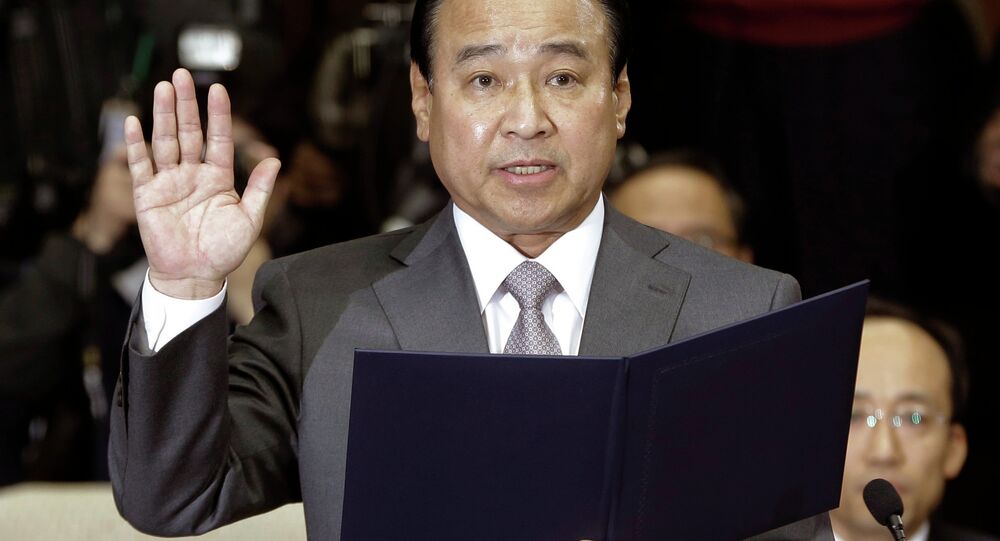 Lee Wan-koo has tendered his resignation under threat of impeachment from South Korea's main opposition party.

© Sputnik / Alexandr Graschenkov
South Koreans Travel to Moscow on Trans-Siberian Express of Friendship
The Prime Minister of the Republic of Korea, Lee Wan-koo, offered his resignation to President Park Geun-hye on Monday, after allegations surfaced earlier this month that he is one of a number of politicians who took bribes in the form of illegal campaign funds.

President Park Geun-hye, who received the resignation, said: "I find it regrettable. I also feel sympathy for the agony of the prime minister." She is currently in Lima on a state visit to South America.

The president appointed Lee Wan-koo to the position of Prime Minister, which is largely ceremonial, only in January, and has not yet announced her decision on his political future. His appointment followed the resignation of the previous incumbent, Chung Hong-won, who resigned after taking responsibility for the mishandled attempt to rescue passengers on board the Sewol Ferry, which capsized in April, 2014, claiming 300 lives.

The minister's offer to resign comes after the South Korean opposition party New Politics Alliance for Democracy threatened to move to impeach him, with leader Moon Jae-In announcing that his party "will push for a bill to dismiss him."

© AFP 2021 / POOL / JUNG YEON-JE
S Korean President Appoints New Unification Minister Amid Cabinet Reshuffle
Lee Wan-koo came under scrutiny earlier this month after the suicide of businessman Sung Wan-jong, the manager of a bankrupted construction company who was found dead.  Before taking his life, he had placed a note in his pocket listing the names of those he alleged had received illegal funds.

Among the eight names on the list were Lee Wan-koo and the president's current chief of staff, Lee Byung-kee. In a newspaper interview just before his death, the businessman alleged to have bribed the Prime Minister with the sum of 30 million won [$27,700].

Speaking in parliament just after the scandal broke, Lee Wan-koo offered to resign from his post "if facts are clearly found" to demonstrate that he received the money, telling reporters that he "had not even taken a penny" of the 30 million won, while was allegedly paid when he was running for a parliamentary seat in April 2013 and far exceeds the 100,000 won politicians are allowed to accept in campaign contributions.