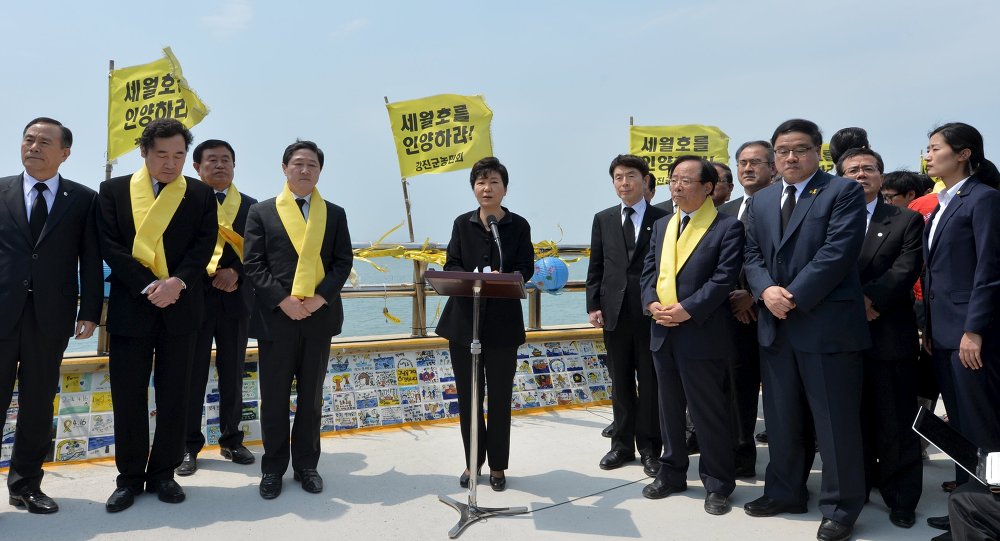 South Korean President Park Geun-hye promised to salvage the capsized Sewol ferry a year after the tragedy claimed more than 300 lives. However, but relatives of those who died on April 16, 2014, boycotted the memorial event demanding an independent inquiry.

Park Geun-hye vowed to carry out the operation at the earliest possible date.

The South Korean leader made the announcement during a short visit to Jindo, the island closest to the sinking site. She also planned to pay respects at an altar in the harbor but relatives blocked access to the area.

Balloons released in memory of the victims of #Sewol, one year on in Jindo pic.twitter.com/Nc6To3ggsw

The operation to raise the vessel will cost approximately $110 million. The Sewol ferry was en route to the Jeju island and was carrying 476 passengers. The tragedy left 304 people dead, including 250 schoolchildren from a high school in the city of Ansan.

Portraits of teenagers killed in #sewol ferry disaster a year ago, displayed at joint memorial hall in Ansan. pic.twitter.com/9unP4kkbb4 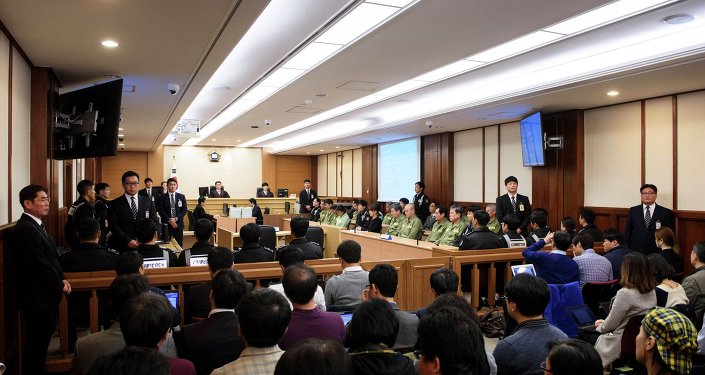 © REUTERS / Ed Jones/Poo
Capsized South Korean Ferry Crew Appeal Convictions
In November, Lee Joon-seok, the 69-year-old captain of the capsized ferry, was sentenced to 36 years in prison. He was arrested days after the tragedy and faced charges of homicide along with three other crew members. Prosecutors asked for the death penalty for he captain.

The investigation presumes that the incident was caused by the vessel turning sharply, which led to its cargo shifting. The crew failed to restore the balance of the heavy cargo, which exceeded the recommended limit by more than threefold.