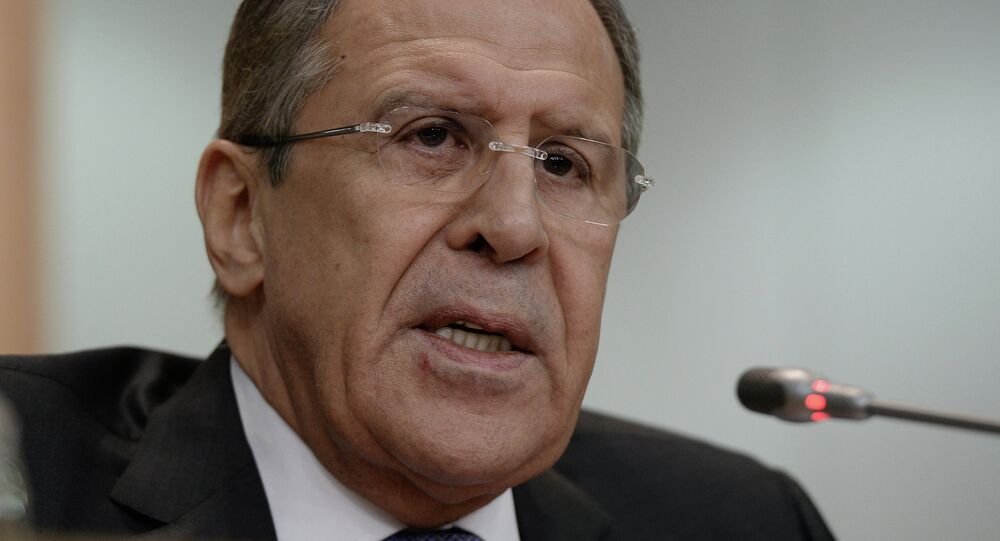 Moscow Ready to Work With Afghanistan in Fight Against Terrorism - Lavrov

Russian Foreign Minister Sergei Lavrov said that Moscow is prepared to cooperate with Afghanistan to normalize the situation in the country as well as work with Kabul and international partners in the fight against terrorism.

© AP Photo / STR
Russia, UN: ISIL Gains Ground in Afghanistan
MOSCOW (Sputnik) – Moscow is prepared to cooperate with Afghanistan to normalize the situation in the country as well as work with Kabul and international partners in the fight against terrorism, Russian Foreign Minister Sergei Lavrov said Wednesday.

“We are ready to provide all-encompassing aid to Afghanistan in order to stabilize the situation in the country which remains complex. We are ready to work closely with you and with other foreign partners in overcoming terrorist and drug threats,” Lavrov said during a meeting with Afghan Presidential Aide on National Security Hanif Atmar in Moscow.

On Tuesday, Afghanistan for the first time participated as an observer in a meeting of the Secretaries of the Security Council of the Shanghai Cooperation Organization (SCO), that took place in Moscow. The SCO includes Russia, China and four former Soviet Central Asian republics.

The agenda of the meeting included the situation in Afghanistan.

On Saturday, Russian Deputy Defense Minister Anatoly Antonov said the escalation of the conflict in northern Afghanistan threatens Russia and its allies due to the possible spread of the conflict to Central Asia.

Afghanistan has been plagued by the Taliban insurgency since the early 1990s. The militant movement is notorious for staging attacks against civilians and authorities in Afghanistan and Pakistan, seeking to establish austere sharia law on these territories.

Following the withdrawal of international combat troops from Afghanistan in late 2014, Afghan authorities took responsibility for the country's security, with the limited non-combat aid of NATO.