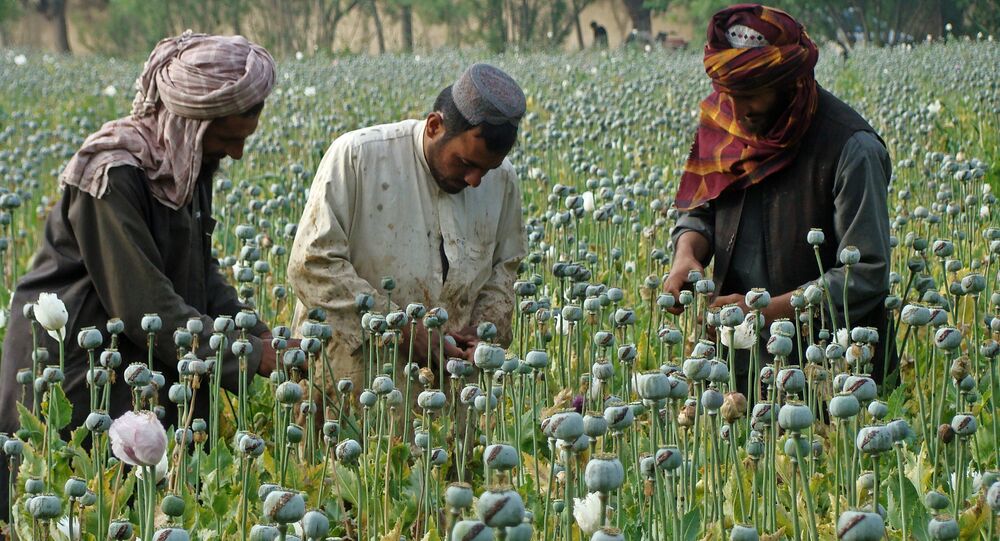 Head of the Russian Security Council Nikolai Patrushev said that manufacture of opiates in Afghanistan has grown fortyfold during the US Operation Enduring Freedom in the country.

Extremists in the country benefit from lax law enforcement and use their foothold in northern Afghanistan to enter neighboring countries in Central Asia, the official said during a meeting of the Shanghai Cooperation Organization security council heads.

"Unfortunately, the failed policy of Washington did not solve, but exacerbated the existing problems. The main purposes of introducing foreign military to Afghanistan, namely the destruction of al-Qaeda and Taliban, were not accomplished," Patrushev said.

Afghanistan is home to the largest opium poppy production and distribution network in the world, supplying more than 90 percent of the world's crop. The United Nations estimated that in 2014 Afghanistan produced 6,400 tons of opiates, 900 tons more than total documented 2013 production.

The US Operation Enduring Freedom took place in Afghanistan from October 2001 until December 31. 2014. As many as 10,000 NATO troops remain in the country as part of the Resolute Support non-combat mission.