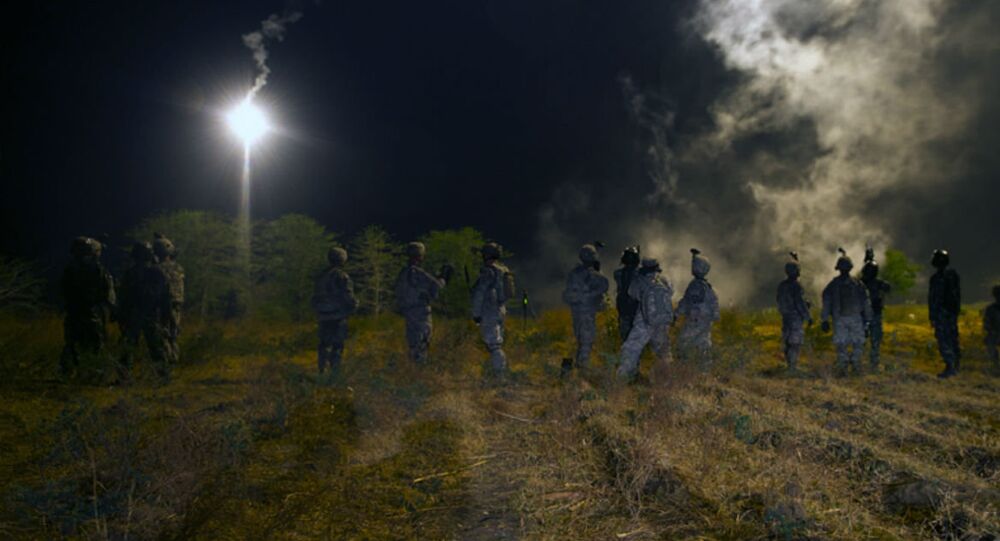 Jakarta is looking to an already crowded stretch of water, the South China Sea, for regular military exercises with the United States, despite the fact that neither nation holds any official claims in the region.

Jakarta and Washington conducted joint military exercises last week in Batam, an Indonesian island just south of Singapore. Including 88 military personnel and a fleet of American aircraft, the drills stretched 300 miles to the northeast to Natuna Islands, an archipelago alarmingly close to Chinese waters in the South China Sea.

And Indonesia wants to make the exercises an annual event.

© AFP 2020 / Mark RALSTON
None of Your Concern: China Slams US for Meddling in Asian Affairs

"It was the second joint exercise we have conducted with the United States in that area and we are planning another one next year," Indonesian Navy spokesman Manahan Simorangkir said, according to Reuters. "We want to make it routine in that area."

A collection of over 150 small, uninhabited islands, Natuna belongs to Indonesia. In the past, Jakarta has accused the Chinese government of including parts of the island group within its territorial claims.

Still, officials insist that the exercises are not meant to be a signal to Beijing.

"There’s no potential for conflict on Natuna," Sigit told the Jakarta Post. "The drill aims to improve air patrol communication, search and rescue techniques and the exchange of information on the procedure of early detection and measures."

Natuna is largely undeveloped, and the majority of the exercises took place in the waters around the islands. But the Indonesian government has plans to upgrade a small military installation.

"There has always been an airport in Natuna but it does not have a lot of armed forces, only a few marine. We will add forces there – possibly air, navy and land forces," Defense Minister Ryamizard Ryacudu told Reuters. Those upgrades are slated to begin this summer.

Speaking on Washington’s role, US Embassy defense attaché Col. Mark Riley said that the exercises were part of the Pentagon’s shifting strategies in the South Pacific.

Washington has made a series of significant steps towards that rebalance in recent months. Earlier this month, the Pentagon announced its plans to place 60% of its naval fleet in the Pacific.

"America is a Pacific power and will remain one," US Defense Secretary Ashton Carter said in a press release.

The Indonesian exercises also came only one week before an even larger series of drills to be held between the US and the Philippines. Known as Balikatan, the war games will begin on April 20, with nearly 12,000 soldiers taking part, twice as many as the previous year. Despite the location of the drills – only 137 miles from Chinese-controlled Scarborough Shoal – officials insist that these, too, are not meant as a show of force.

A highly contested region, the South China Sea is comprised of overlapping claims between China, Vietnam, Malaysia, the Philippines, Brunei, and Taiwan. Nearly $5 trillion in shipping passes through the waterway annually, and US officials have expressed concern over what they say is a growing Chinese influence. Beijing’s construction of artificial islands in the Spratly archipelago has stoked fears of military aggression, though China maintains it has every right to build within its own territory.