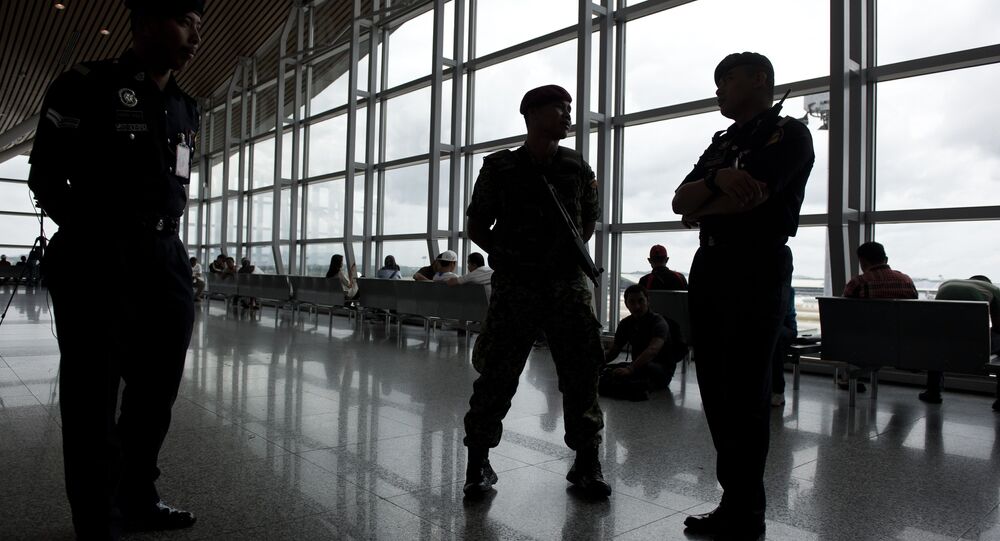 At least 17 people accused of plotting a series of terrorist acts in the Malaysian capital Kuala Lumpur have been detained by the country's police.

National police chief Khalid Abu Bakar said that the 17 were nabbed late last week, and that two of them had just returned from Syria, where they had allegedly rendered assistance to the Islamic State.

Dozens of Malaysians that are thought to be supporters of Islamic State, have been detained by the Malaysian authorities since 2014.

As for the latest arrests, they come shortly after the Malaysian Home Ministry announced two new anti-terror bills, which stipulate indefinite detention without trial and the seizure of passports of anyone suspected of supporting terror acts.

The country's opposition reacted angrily to the possible introduction of the laws, which they said could ride roughshod over civil liberties and could be used against opposition activists.

© REUTERS / Stringer
Malaysia Serves as Transit Point for Chinese Nationals Joining IS
The first proposed law is called the Prevention of Terrorism Act bill; it authorizes the indefinite detention of suspected terrorists without trial, something that cannot be prevented by court.

The second one, the Special Measures Against Terrorism in Foreign Countries bill, allows the authorities to suspend or revoke travel documents of those Malaysian citizens or foreigners who are suspected of plotting terrorist attacks.

Meanwhile, Phil Robertson, deputy Asia director at Human Rights Watch, has described these two laws as a "legal zombie returned from the grave of the discredited and abusive Internal Security Act."

Three Suspected IS Militants Arrested After Their Return to Malaysia

Tunisia Dragged Into 'War on Terror' After Museum Massacre