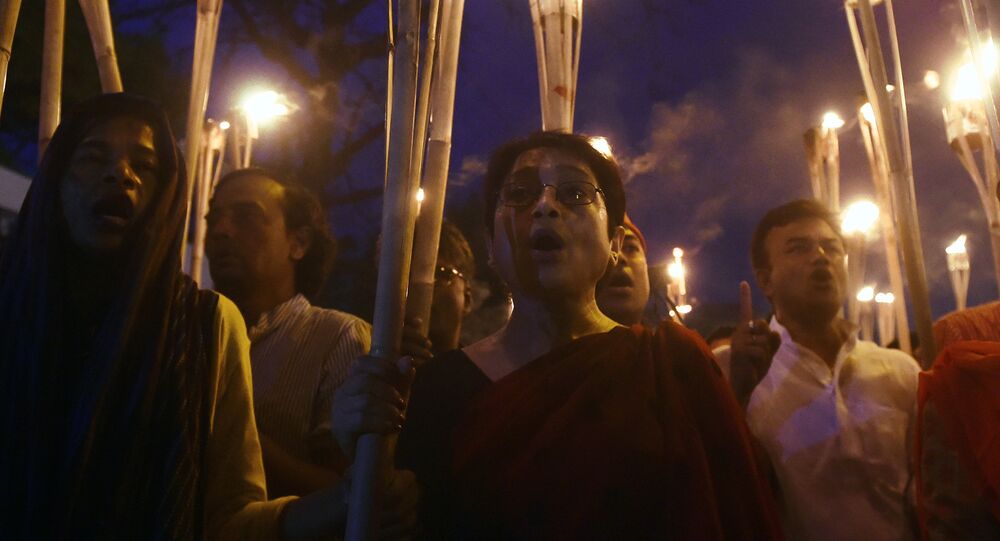 "He was brutally hacked to death this morning with big knives just 500 yards (460 meters) from his home in Dhaka's Begunbari area," local police chief Wahidul Islam was quoted by the news agency AFP as saying.

Islam said that two men, who tried to flee the scene, have been arrested in connection with a deadly attack on 27-year-old Washiqur Rahman.

At the same time, police said they still doubt whether Rahman was an atheist blogger; this allegation that was opposed by another social media writer, who touted Rahman as a "progressive free thinker", who was known to write "against religious fundamentalism".

He became the second atheist blogger to have been killed in Bangladesh in the past two years and the fourth writer to have been attacked since 2004.
His murder has provoked an international uproar, with hundreds of rights activists holding protracted rallies to protest against Bangladesh's inaction in protecting bloggers.