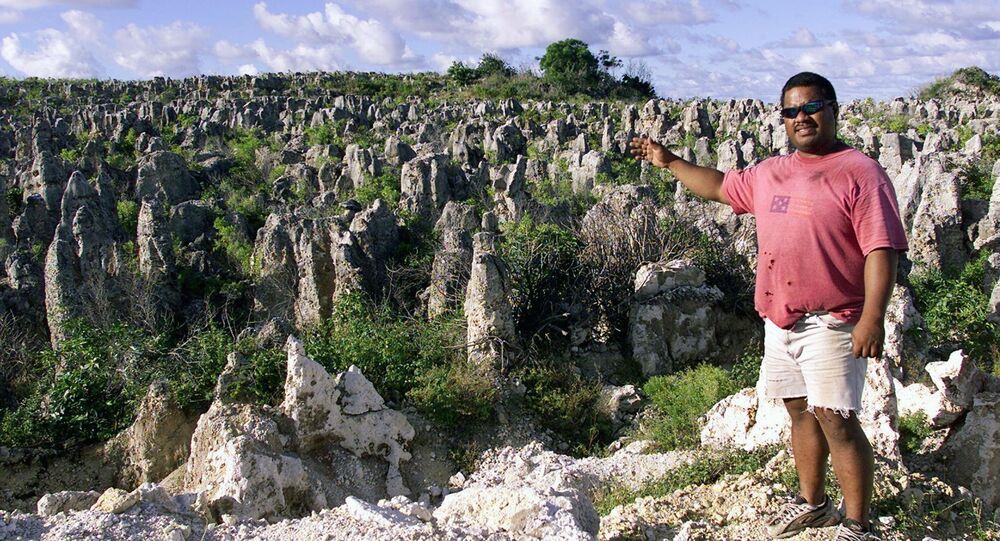 A number of Cambodia-based non-profit civic groups reject Australia’s refugee transfer deal with Cambodia. The deal is "not something that the development community would support," according to Jason Evans, Cambodian national director of World Vision.

“We do trust that the Australian government is doing its due diligence, however, we are concerned about the precedent that this sets, as this type of deal is not something that the development community would support,” Jason Evans, Cambodian national director of World Vision said, as quoted by the newspaper.

Evans added that World Vision, as well as the "vast majority of international NGOs" fear that the deal may add "additional strains on a country still experiencing high degrees of poverty."

© AP Photo / Eranga Jayawardena
Human Rights Groups Urge Australia to Stop Forced Returns of Asylum Seekers
The deal was signed back in September, but the detained migrants have refused to resettle to Cambodia. Only three refugees agreed to meet with the Cambodian officials when they visited the Nauru island, Phnom Penh Post reported in January, citing the South-East Asian nation's interior minister.

Nevertheless, the International Organization of Migration (IOM) supported the deal last month saying it was in the “best interests of the refugees.” The IOM allegedly promised to provide services to any refugees who voluntarily take up the offer from Nauru.

Two of Australian immigration detention centers are located overseas, one on the Nauru island and the other on Manus Island in Papua New Guinea. The latter has been harshly criticized by human rights activists after Iranian asylum seeker Reza Barati had been allegedly killed by his guards last year.

A 156-page report by the Australian Senate committee published last December concluded that the violence on Manus Island was "eminently foreseeable." The report also found that the breakdown of security stirred the riots in the area and could have been avoided if better protocols had been put in place.

The immigrants have staged hunger strikes and other protests against poor living standards at the Manus detention center and being forcibly resettled on the island. The detainees also cited hostility from the local Papua New Guinea population.