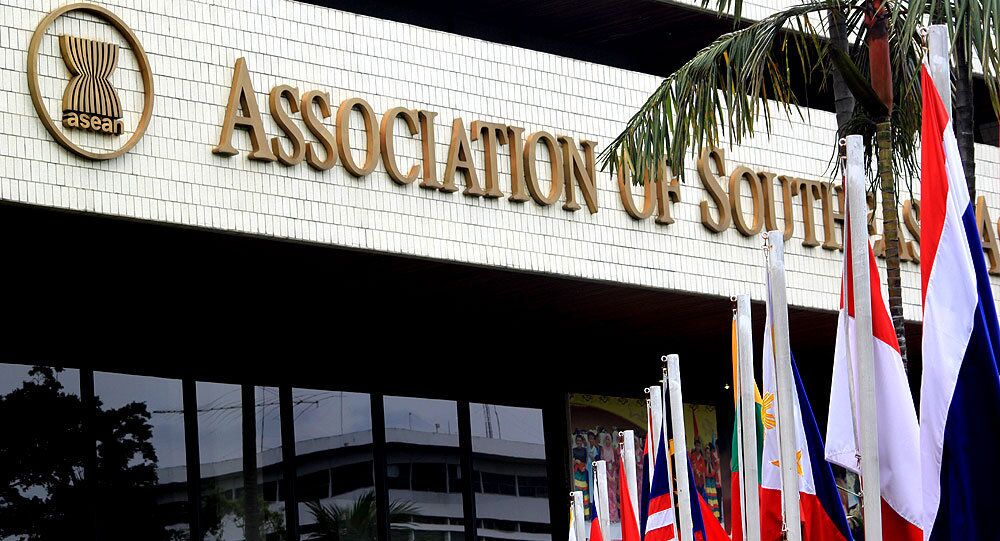 The governor of Malaysia's central bank, BNM announced that Members of the Association of Southeast Asian Nations have finalized the ASEAN Banking Integration Framework, which will allow the countries' banks to enter into reciprocal bilateral agreements.

"This is a major step forward. For post-2015, we have plans for the major areas that we are going to elaborate on to advance this integration," Zeti told reporters on Saturday, as quoted by the national Bernama news agency.

© Sputnik / Mikhail Tsyganov
China, ASEAN Land $8.1Mln Memorandum of Understanding on Disaster Management: Reports
Under ABIF, which took five years to develop, any two banks from two different ASEAN countries can conclude an agreement which will allow the banks to operate in the partner-country on the same terms as domestic financial institutions.

"By having these banks facilitated, we are able to intermediate funds from one country to finance productive investment in another country," Zeti explained.

According to the BNM head, the Central Bank of Indonesia and Malaysia's central bank have already signed a memorandum of understanding under the new integration framework.

ASEAN Central Bank Governors endorsed the conclusion of the ABIF agreement in December, 2014. The framework was finalized at the inaugural meeting of ASEAN finance ministers and central bank governors on Saturday.