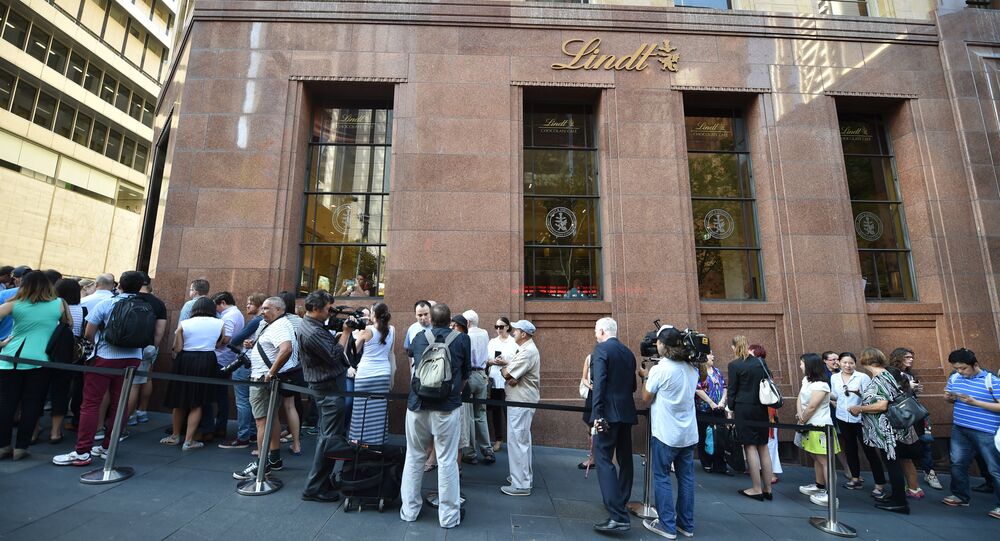 A cafe has reopened in the Australian city of Sydney, more than three months after a siege in which two people were killed and four more injured.

The reopening ceremony saw the installation of permanent commemorative plaques for 34-year-old cafe manager Tori Johnson and 38-year-old barrister Katrina Dawson; they were both killed after being held captive with 16 others for 16 hours in the final minutes of the December 15-16 standoff.

Earlier on Friday, New South Wales Premier Mike Baird entered the cafe to talk to the staff, including Joel Herat, who was one of several staff members to survive the siege and who returned to work on Friday.

© AP Photo / Steve Christo
Popular Radio Host Calls Abbott's Sydney Cafe Siege Response 'Bad Call'
Baird pointed out that "there's a strong sense of comradeship that says we can get through this together, we are stronger together, just as the city has marched forward today."

For his part, Steve Loane, chief executive of Lindt Australia, touted the decision to reopen the cafe.

"After the tragic events that happened in December we discussed this reopening with our staff and gave a lot of thought to next steps.Overwhelmingly, the feeling was that reopening and moving forward is the best thing to do for everyone affected", Loane said.

Ahead of the reopening, dozens of Sydney residents gathered in front of the cafe, with many clutching flowers in memory of the victims.